Website for Anglo-Saxon monasteries of Wearmouth-Jarrow to be redeveloped

The website for the twin Anglo-Saxon monastery of St Peter’s in Wearmouth, Sunderland and St Paul’s in Jarrow is to be redeveloped. The new media company Numiko announced on its blog earlier this month that they had the winning bid to redesign the website www.wearmouth-jarrow.org.uk. 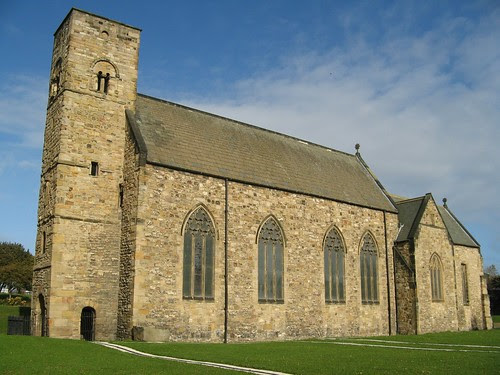 The twin monasteries of Wearmouth-Jarrow were founded in the seventh century, by Benedict Biscop. Bede described them as 'one monastery in two places' and in it’s day it was one of Europe's greatest cultural centres. Wearmouth-Jarrow was exceptional because of its size, its great wealth and its extensive library.

Benedict Biscop was a cosmopolitan traveller who visited Rome six times, and was inspired to found his own monastery, bringing craftspeople, teachers and treasures from across Europe to create Wearmouth-Jarrow.

The monastery had one of the best libraries in the world at the time - which gave Bede, Wearmouth-Jarrow’s greatest scholar, access to ideas from all over the world. He in turn, produced several works critical to our understanding of the Anglo-Saxon period.

Wearmouth-Jarrow is the United Kingdom's nomination for World Heritage Site status in 2011 which if successful, will have great economic benefits for North East England.

Darren Navier, creative director of Numiko, commented: “It’s an exciting opportunity for us to get involved in the largest project and support the drive for the site to gain World Heritage status.”

Numiko will create 3D virtual experiences, allowing users to get a feel for what it used to be like for the monks that lived at the monasteries. The site will also have lots of regular features such as news & events, an image gallery, interactive maps and learning resources.

The new site will be launched in March. Click here to go to the Wearmouth-Jarrow candidate World Heritage Site website.