6 Ridiculous Myths About the Middle Ages Everyone Believes 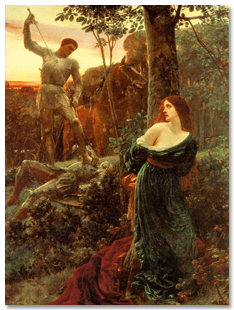 When you think of the Middle Ages, chances are you picture gallant knights sitting astride brilliant destriers galloping through a sea of plagues, ignorance, and filth. And you can hardly be blamed for that, when everything from the movies you watch to your high school history teacher (who was mainly the football coach) has told you that ...

4. Everyone was a Prude

5. Women were Treated as Cattle

6. Life was Horrible and Everyone Died Young

Beginning today, we will be changing how the Medieval News blog is presented. We hope to bring you a new post every day or two, which will cover what medieval and history news stories are out there, and some interesting things that were also found online. We hope you enjoy the links and videos!

Can the Pope Resign?

Pope Benedict XVI announced today that he will be resigning as the Pontiff effective February 28, 2013. Also known as Joseph Ratzinger, the 85-year old Pope has been suffering from poor health. Still, this is a very surprising announcement, with the last Pope to resign being Gregory XII in 1415. A few months ago, we posted about The Pope who Quit, by Jon M. Sweeney, which details the papal intrigues surrounding the resignation of Celestine V in 1294. 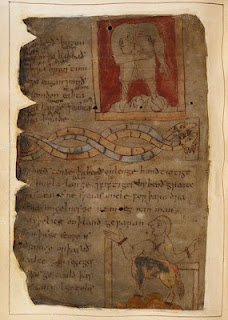 The Financial Times has profiled the British Library's efforts at digitizing its 25,000 medieval manuscripts, and profiles six of these items. Claire Breay, head of medieval and earlier manuscripts at the British Library, explains “Anybody can enjoy them whether they are the leading academic on some aspect of that manuscript … or a schoolchild doing a project." Some beautiful images here.

How I mapped the “lost” forests of Huntingdonshire

Jason Peters has been examining records related to royal forests in Huntingdonshire during the Middle Ages. Using local archives and geographic computer programs, he was able to locate various royal and private forests in the county. In fact, nearly all of the county was legally considered a forest.

Peters explains, “A Norman-Medieval forest was, in effect, a legally defined conservation area where no matter who was the landowner construction, resource exploitation, habitat degradation and hunting of game could not be undertaken without Crown approval. The Forest of County Huntingdon was an evolving, dynamic, socio-political phenomenon, not limited to woodland habitat but extending across pastures, Fenlands, arable, meadows and rivers.

“There is 800 years of history that hasn’t been understood. People could be living somewhere that was a forest. By mapping areas that we now know were woods, we can understand the ecology of the area, which could be very important when considering any future development.”

Richard III: Exhibition draws in the crowds at Leicester's Guildhall

The City of Leicester is already showcasing the story of Richard III, and has a temporary exhibition about the discovery of the English King. Here is a video of how it looks:

Some pretty funny work being done with Richard III this week... 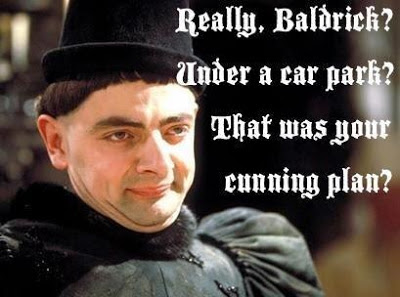 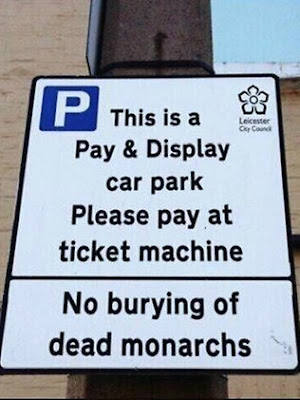 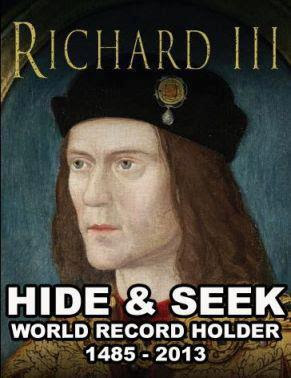 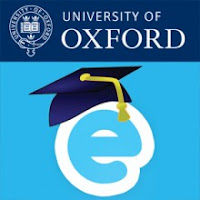 Finally, I want to point you to a podcast I heard the other day: Elizabeth Eva Leach, Professor of Music at the University of Oxford, spoke as part of the Engage: Social Media Talks series, about Blogging and Tweeting. Professor Leach is a medievalist who has developed a very good website about her work, and also tweets from @eeleach. For those interested in using social media as part of their academic career, this is well worth a listen too!

After Richard III, archaeologists set their sights on Alfred the Great

His remains are believed to lie in an unmarked grave in Winchester and a team is reportedly applying for permission to dig up the spot at St Bartholomew’s Church. It is thought Alfred’s skeleton could be found among a collection of bones there.

But the job is expected to be much harder than the analysis on Richard III, as finding a living relative to provide a DNA sample would involve searching a much older family tree.

Katie Tucker, an archaeologist from Winchester University, told The Times: “As far as we’re aware there are five skulls plus other bones. The most simple part will be to work out ages, sexes, and put the bones back together. The problem is, where would we get a comparative sample from? It’s a hell of a lot further to go back to trace a living descendant.” 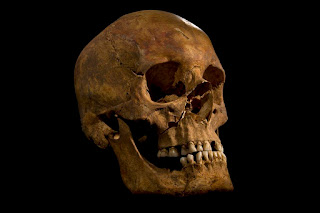 The University of Leicester made the official announcement today that the human remains recovered last September in a car park in Leicester do belong to the English King Richard III.

Please see our article It is Richard III: ‘beyond reasonable doubt’