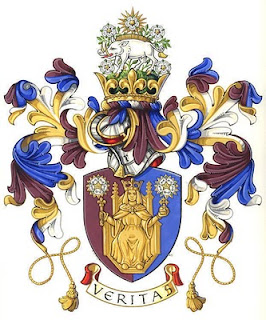 The Richard III Foundation is hosting their 2010 conference on October 9th from the Dixie Grammar School in Market Bosworth. The one day event will feature several speakers and an archery demonstration at the nearby Bosworth Battlefield Centre.

"For 2010, our conference is entitled Wars of the Roses: Triumphs and Defeats," says Joe Ann Ricca, Founder and CEO/President of the Foundation. "When one thinks of how tumultuous this period of history was, and the anniversaries that this year will mark, it seemed the likely choice. Professor Ralph Griffiths, a member of our scholarship committee, will speak on Richard, Duke of York and his bid to become king. It is the perfect topic to coincide with the 510th anniversary of the Battle of Wakefield. John Sadler, long time friend to the Foundation, and independent history, will be speaking on the Battle of Towton. This will coincide with the release of his new book on Towton this coming April, and our conference for 2011.

"The Battle of Bosworth, and the good efforts of the Bosworth Battlefield Centre is an area that the Foundation has been keenly watching and providing whatever assistance we can. We are looking forward to hearing Richard Knox, LCC discuss his involvement in the recent work on Bosworth. Our honorary patron, Robert Hardy will be acting as discussant of the various topics."

The Richard III Foundation, Inc. has been hosting conferences since 2002, featuring speakers who are leading experts in the medieval period. Joe Ann Ricca adds, "Despite the current status of our economy, for 2009, our attendance increased. It is not uncommon for the attendees to compliment us not only on the quality of topics we cover, but we feel we give good value for the cost. Since our initial event in 2002, we have those participants who still follow us and anxiously ask when’s the next event."