Treasures from Medieval York: England’s other capital - at the British Museum 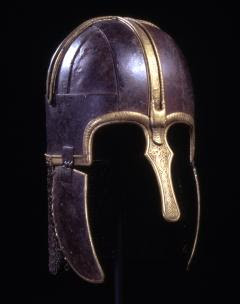 The British Museum is hosting temporary exhibition of medieval artefacts from the collection of the Yorkshire Museum in York.

The Yorkshire Museum is closed for a £2m refurbishment. The exhibition marks the first time a regional museum has been invited to show its collections at the British Museum.

Jonathan Williams of the British Museum says, "It’s mutually beneficial. It’s a great opportunity to show things we don’t have and show to an international audience.”

One of medieval England’s most powerful cities, which rivaled London in size and importance, York was the main administrative and judicial centre for the North of England.

York was one of Medieval England’s greatest cities, rivalling London in size and importance. The city was the main administrative and judicial centre for the north of England and was an important focus for international trade.

"York was the focus for power, authority, religion, arts and wealth other than London. York was not only a city of religious significance but the capital of the North,” adds Mr. Williams.

The display features swords, jewellery and coins from the Anglo-Saxon and Viking periods. Highlight objects include the beautiful Middleham Jewel, the York Helmet, the remarkable Gilling Sword, and the magnificent Vale of York Hoard.

The York Helmet, dating from the 700s and possibly owned by a member of the Northumbrian royal family, is one of the most extraordinary Anglo-Saxon objects to survive in the UK. It was found by the operator of a digger starting work on a shopping centre in 1982.

A Viking gold arm ring, probably worn by a Viking royal or favoured warrior, was discovered in very different circumstances – in the sock drawer of a York builder after his death.

The 1,000-year-old Gilling sword, one of the best preserved Viking swords ever found, is a two-edged iron sword with a handle decorated with silver. Nine-year-old Garry Fridd discovered the sword in 1976 while playing in a stream at Gilling, near Richmond.

The Vale of York Viking Hoard, the most important find of its type in Britain for more than 150 years and recently jointly acquired by the two museums, was found by metal detectorists.

This collection consisted of precious metal objects – including 600 coins, complete ornaments, ingots and chopped-up fragments known as hack-silver – in 2007. The gilt silver vessel in which these were contained was the most spectacular single object of all.

Another metal detectorist found the Middleham Jewel, dating from 1460 and an outstanding example of medieval craftmanship. The diamond-shaped pendant includes a valuable sapphire. Engraving suggests it was made for a pious woman with worries about pregnancy or epilepsy to contain a religious relic.

The exhibition is now open to the public until June 27, 2010. Click here to go to the British Museum website.