Archaeologists from the Israeli Antiquities Authority have discovered a 1500-year-old road running through the center of Jerusalem's Old City.

Excavation director Dr. Ofer Sion said the discovery lends further credence to the accuracy of what is known as the Madaba Map - a Byzantine period mosaic map of the Holy Land that depicts an entrance into Jerusalem that leads to a single central street. 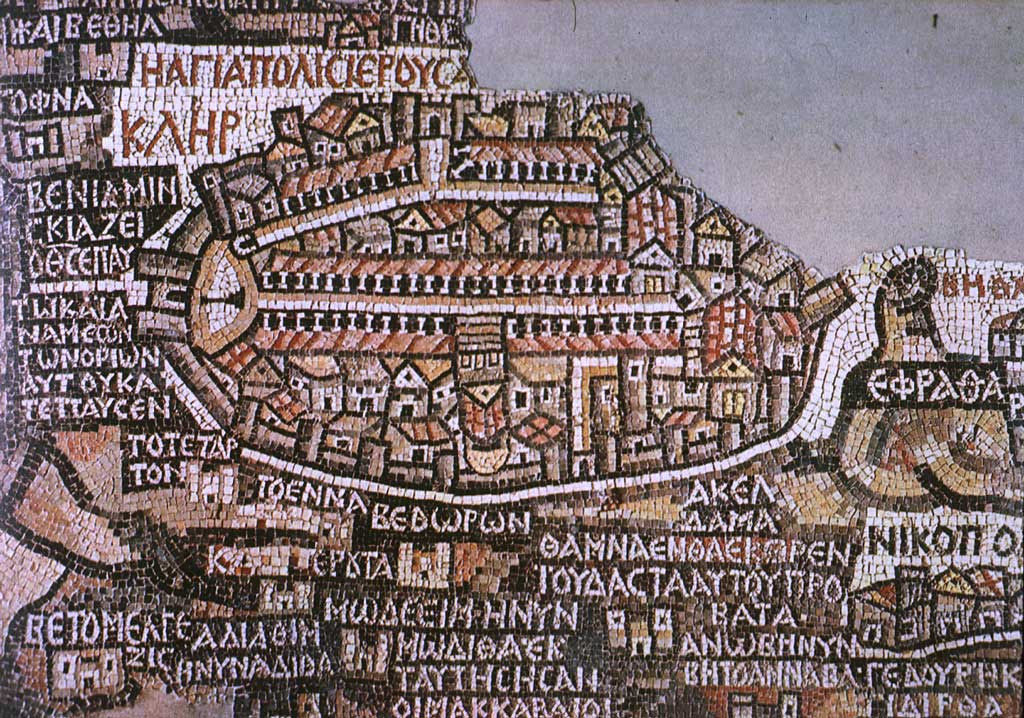 This discovery is one of several finds which suggest that the Madaba map was geographically correct.

"It is proof of this beautiful map and for this street from the Byzantine period" Sion told reporters at the dig location.

The ancient road was found near the Jaffa Gate of Jerusalem's Old City 4.5 meters under current street level when municipality workers initiated an infrastructure improvement project.

Dr. Sion, added, “After removing a number of archeological strata, at a depth of 4.5 meters below today’s street level, much to our excitement we discovered the large flagstones that paved the street.”

The flagstones, more than a meter long each, bear cracks from the burden of centuries.

According to Dr. Sion, “It is wonderful to see that David Street, which is teeming with so much life today, actually preserved the route of the noisy street from 1,500 years ago.”

Other artefacts discovered at the site include coins, pottery vessels, and five bronze weights that are believed to have been used by merchants for weighing precious metals.

The Madaba Map (also known as the Madaba Mosaic Map) is part of a floor mosaic in the early Byzantine church of Saint George at Madaba, Jordan. The Madaba Map is the oldest surviving original cartographic depiction of the Holy Land and especially Jerusalem. It dates to the 6th century AD.