This month's issue of DUJOUR has a feature interview with Michael Hirst, the creator and writer of the hit TV series Vikings, by Nancy Bilyeau: 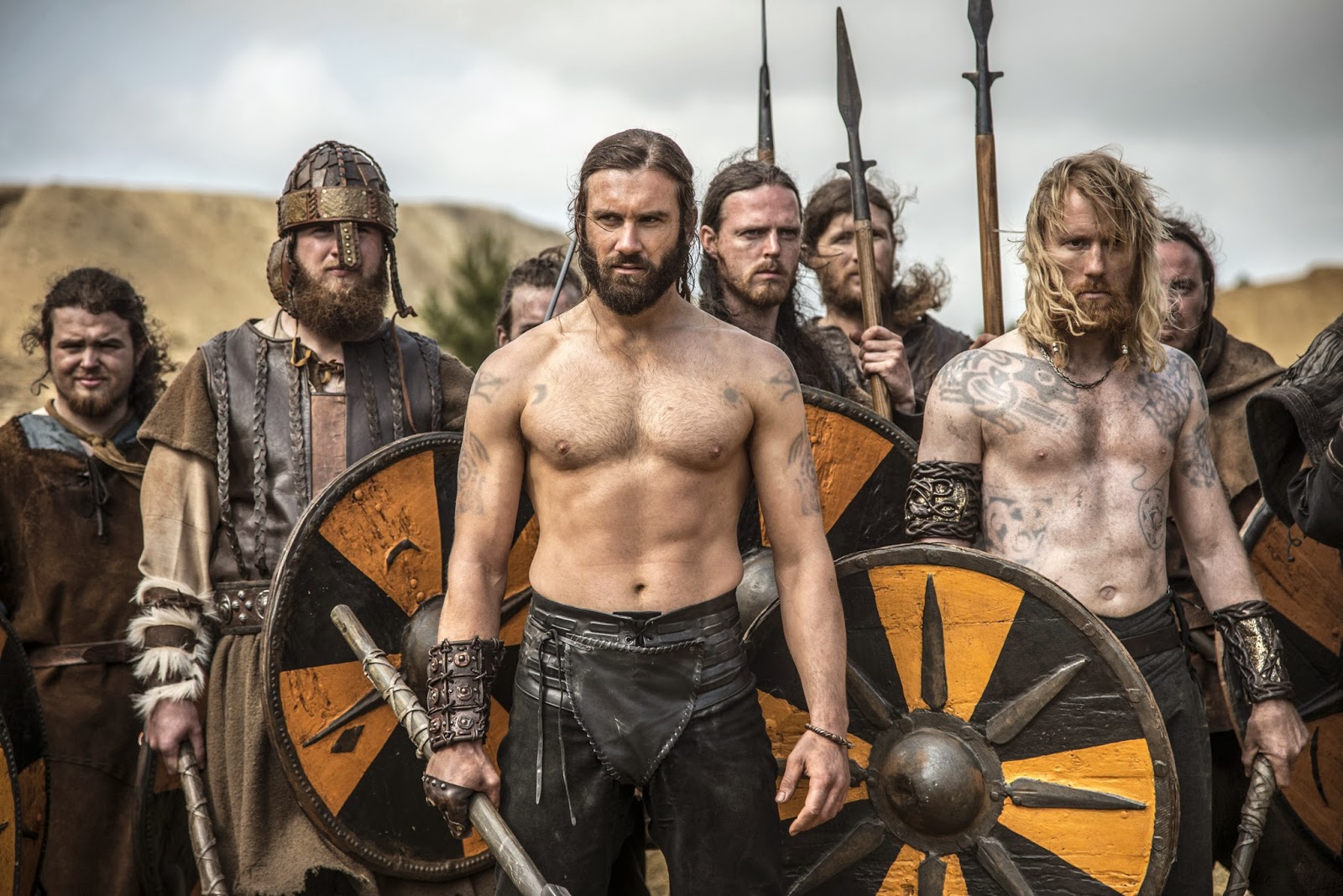 If you walk outside your office for three blocks, you’ll pass at least 70 Vikings.” That was the pitch that award-winning writer Michael Hirst made to the History Channel—and it worked. Executives took the chance that a dramatic series on the lives of people who fought and loved more than 1,000 years ago would hook us today.

Vikings, back for Season Two on February 27, became the No. 1 new cable series of the year in its first season, averaging 4.3 million viewers. The fan base proved rabid about the series’ stars Travis Fimmel, Katheryn Winnick, Clive Standen, Jessalyn Gilsig and George Blagden.

What makes Vikings stand out in the throng of historical films and television series is the simple yet compelling storytelling of Hirst, its creator and sole writer. This is far from his first foray into the past. Hirst wrote the screenplays for Elizabeth and its sequel Elizabeth: The Golden Age, both starring Cate Blanchett, and then went on to create the very popular Showtime series The Tudors, which ran for four seasons.

We caught up with Hirst to find out what fuels his passion for authenticity, whether it’s a chaotic battlefield or quiet moments between husband and wife.

Click here to read the interview with Michael Hirst 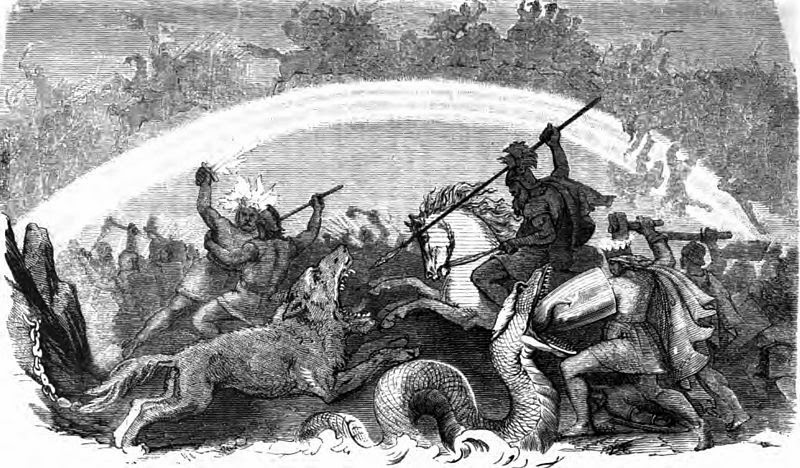 Is this a Viking Magic Wand?

For decades the experts at the British Museum believed that this item, discovered at a woman's grave from Norway was just a hook used in fishing. However, new research suggests that it was her 'magic wand' and that it was deliberately bent to destroy its power.

The Times newspaper reported that this item, a 90 cm long iron rod, was first brought to the British Museum in 1894. British Museum curator Sue Branning believes that it was probably a magical staff used to perform 'seithr', a form of Viking sorcery predominantly practiced by women.

She told The Times: "These are magical practices, which we don't fully understand. It involves divination, prophecy, communication with the dead and making people do things. Our rod fits, in terms of its form, with a number of these rods that turn up in the 9th and 10th century in female burials. They normally take the form of these long iron rods with knobs attached to them."

The rod would have been 'ritually' destroyed in order to prevent the sorceress from rising from the dead, or to stop anyone else from using it. Branning adds, "When we hear about the Vikings we hear all about the powerful warriors, but now we know there were also powerful women. These women were very well respected, but they were quite feared as well. They may have been on the margins of society. You might not want to get close to them because they have this power. The sources we have describe them as wearing blue and black cloaks with gems attached."

Professor Classen tells the newspaper, "“[The minor is] trying to give students a sense of a certain cultural period. [This] allows [students] to combine — in a unique way ­— philosophy, religion, art history, literature and economics. There is a lot of flexibility, yet with a concrete focus on a cultural period.”

Click here to read the article from the Daily Wildcat

Meanwhile, the University of Connecticut will offer their students to gain a minor in Medieval Studies by taking courses from over 11 departments. The Daily Campus reports that the program is designed so that students take a wide variety of subjects.

Graduate student Brandon Hawk explains, “It encourages people to take classes in music, art history and other subjects. It provides a greater spectrum of a liberal arts education.”

Professor Fiona Somerset, who is one co-head of the program, finds that it will appeal to many types of students. “For aspiring novelists, it’s a great way to get an edge,” she said. “Much of the basis of our pop culture is in the middle ages. If you read fantasy, that’s medieval based.”

Click here to read the article from the Daily Campus 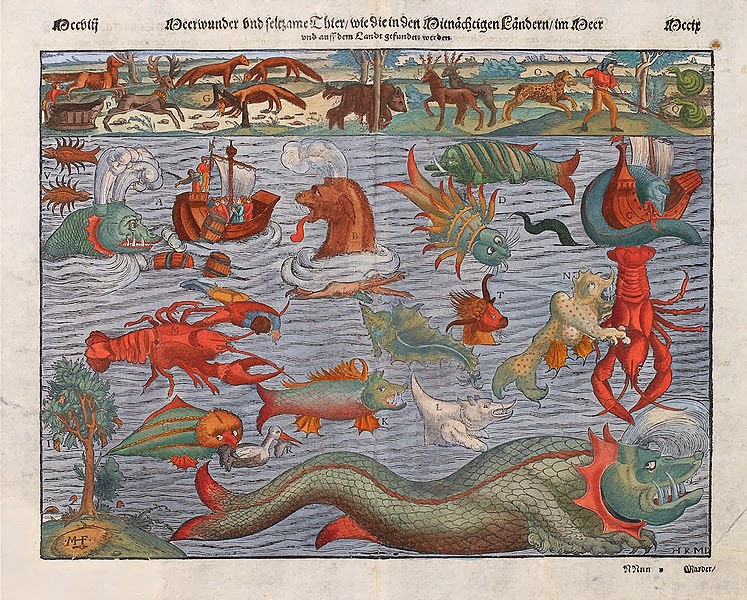 Answering the questions 'May a Man Marry a Man?' and 'Who am I?' in the Middle Ages

May a Man Marry a Man? A Medieval Debate

Charles J. Reid, a Professor at the University of St.Thomas and writer on religious issues for the Huffington Post, recently posted May a Man Marry a Man? A Medieval Debate, which takes look at how medieval writers approached the issue of same-sex marriage. The surprising thing, notes Professor Reid, is that they actually talked about this issue. He begins by referencing the work of Henry of Segusio, better known as Hostiensis, a 13th century canon law expert, who penned the question: "May a man marry a man?"

The answer was an emphatic no, and would remain so throughout the Middle Ages. Reid does it find interesting that many of the arguments against same-sex marriage that were first written over 800 years ago remain prominent today.

Thomas Aquinas – Toward a Deeper Sense of Self 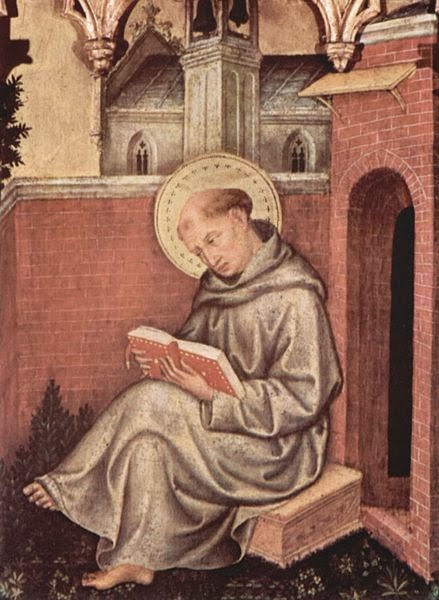 Therese Scarpelli Cory has written a very insightful piece on the Cambridge University Press blog on Thomas Aquinas – Toward a Deeper Sense of Self. It explores how St. Thomas Aquinas might approach the question 'Who am I?' and introduces us to Cory's new book Aquinas on Human Self-Knowledge. She writes:

"It’s a common scholarly myth that early modern philosophers (starting with Descartes) invented the idea of the human being as a “self” or “subject.” My book tries to dispel that myth, showing that like philosophers and neuroscientists today, medieval thinkers were just as curious about why the mind is so intimately familiar, and yet so inaccessible, to itself. (In fact, long before Freud, medieval Latin and Islamic thinkers were speculating about a subconscious, inaccessible realm in the mind.) The more we study the medieval period, the clearer it becomes that inquiry into the self does not start with Descartes’ “I think, therefore I am.” Rather, Descartes was taking sides in a debate about self-knowledge that had already begun in the thirteenth century and earlier."