We found 10 more new videos on Youtube about the Middle Ages.

This video introduces University of London - Birkbeck's small collection of four medieval books: three fifteenth-century manuscripts and one printed book. The books had been forgotten, and unstudied, for many years, until they were rediscovered in late 2015. The books are very different: a French book of hours, an Italian book of statutes, an Italian book of classical wisdom, and a Venetian printed book of the history of the Trojan War. Professor Anthony Bale and Dr Isabel Davis talk about the books' story and introduce some aspects of the books' iconography and meaning.

Friendships from a Medieval Perspective

Anotenella Liuzzo Scorpo at the University of Lincoln spends 60 seconds to talk about friendships in the Middle Ages.

Pisa: The city at the end of fourteenth century

A 3D reconstruction of Pisa by Professor Michele Berretta of the University of Bologna.

Transformations of the Knight's Hall at Häme Castle

Created by the University of Turku, Transformations of the Knights’ Hall is an augmented reality application located in the Häme Castle in Finland. It is designed as a museum guide experience describing the changes in one of the castle’s halls during past centuries. According to research the Knights’ Hall has assumed several different roles during its history: the residence of the head of the castle was there in the late medieval times, then around 18th century it has been used as a granary when the whole castle was decayed into a mere depot, and in the 19th and 20th centuries the castle acted as a prison. After 1950s the prison period ended and the castle was renovated. The hall got its present appearance, where remains of some of the old structures can still be seen.

Lutherfestdagene: The Reformation - a curse for church art?

A debate held at the conference on The Reformation and the Arts Around the North Sea, organized by the University Museum of Bergen and Bjørgvin diocese. The participants are Professor Andrew Spicer (Oxford), Associate Professor Henning Laugerud (University of Bergen) and Henrik von Achen (Bergen University Museum).

The Wealth of Anglo Saxon Mercia

The foundation of the power of Mercia - the dominant power of Anglo Saxon England - was its access to wealth. Their vast reserves of land in the fertile English Midlands and Mercian control of the Port of London funded the war bands which allowed the Kingdom to become the dominant power. This wealth is seen in the famous Staffordshire Hoard. Historian and Author, Dr John Hunt, describes this rise to power in his book Warriors, Warlords and Saints: The Anglo-Saxon Kingdom of Mercia.

Staffordshire Hoard at The Potteries Museum and Art Gallery

More Anglo-Saxon with this video promoting the Staffordshire Hoard at the Potteries Museum and Art Gallery in Stoke-on-Trent.

Fly over some of the work being done by University College Dublin to understand the archaeology of Ireland.

Alfred the Great: I'll Make Anglo-Saxons Of You King

Alfred sings to his army about why they really need to get better if they're going to defeat the Danes. The students of the Anglo-Saxon, Norse and Celtic department of Cambridge University hold their Yule Play every year. To see more of their medieval-themed songs and sketches, check out their Youtube channel.


Click here to see our first set of medieval videos 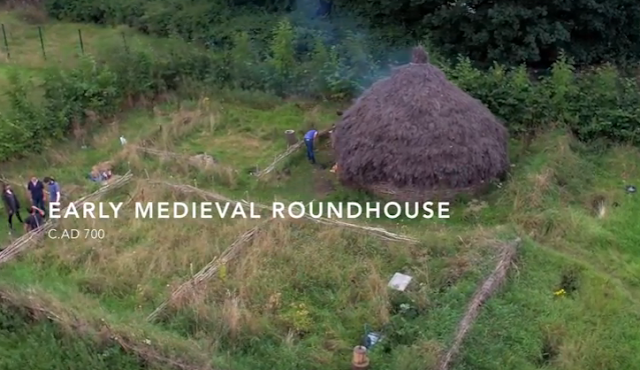