Exact Location of the Battle of Bosworth revealed

A 500-year-old mystery has been solved as archaeologists have revealed the exact location of the Battle of Bosworth.

Just ahead of a conference taking place this weekend, where the official announcement was to be made, Glenn Foard, the archaeologist who led the search for the battlefield, has told The Times that the Battle of Bosworth 'was settled round the back of Alf Oliver’s arable farm, just off the old Roman road from Atherstone to Leicester.'

The site lies about two miles to the northeast of the Bosworth visitor centre on Ambion Hill, where the battle was previously thought to have occurred. 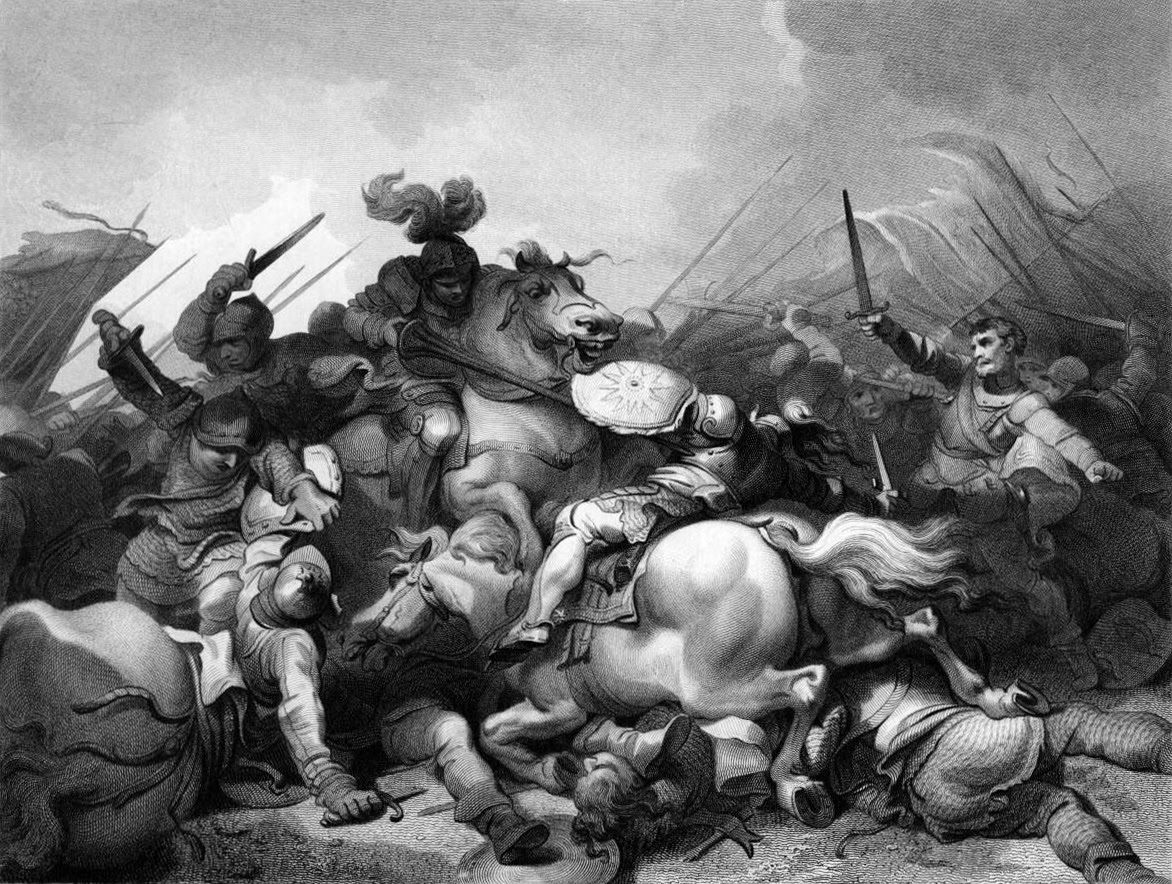 Dr.Foard said to The Times, “My best guess is that Richard’s last charge came down the Roman road there,” he said, pointing to where occasional cars passed one side of the field. “He is then driven back into the mire and killed somewhere near here.”

Close to the road behind a bank of earth topped by saplings is Mr Oliver’s Fenn Lane farm, occupying the space where Dr Foard believes that Henry Tudor’s retinue would have been deployed. Dr Foard’s team started to survey the field in September, six months after they found the first hard evidence for the site of the battle half a mile away. By then they had pollen evidence and scientific dating to suggest that the dip in the next-door field was the remains of Bosworth marsh, drained in the 16th century.

It was Carl Dawson, a retired university lecturer with a metal detector, who found a silver boar - only 1½in (38mm), described as "a snarling beast rippling with muscle definition and with gilded highlights on its tusks, tail and bristles." The boar was the emblem of Richard III. Only one similar one is known, in the British Museum.

“If we were looking for any artefact at all and if there’s any location we might want to find that artefact, then it’s the white boar badge of Richard III next to the marsh,” Dr Foard said. “This is almost certainly from a knight in Richard’s retinue, who rode with him to his death on that last charge.”

Leading experts and willing volunteers have spent the past four years on a ground-breaking study to pinpoint the place where battle, which took place in 1485. The battle marked the end of the War of the Roses and started the Tudor dynasty.

The study was extended beyond the three years originally planned, and in the closing stages the team discovered the crucial evidence they were looking for, including the biggest collection of cannonballs ever found on a medieval battle site.

Site of the Battle of Bosworth discovered