How Do You Know When You're Middle-Aged?

Thanks to John Egiziano for sending this to us! 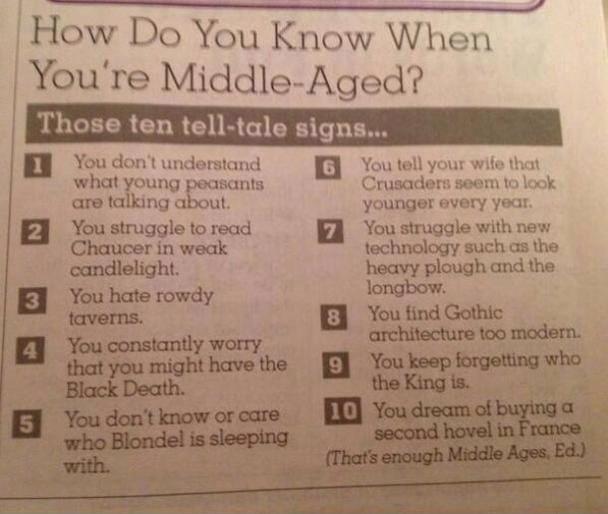 Email ThisBlogThis!Share to TwitterShare to FacebookShare to Pinterest
Labels: Funny

Doomsday Castle: When crazy people build a castle and we get to see it on TV

The National Geographic Channel has come up with a TV show that blends the medieval with the modern world by... having an American family build a castle to protect themselves against a worldwide catastrophe. 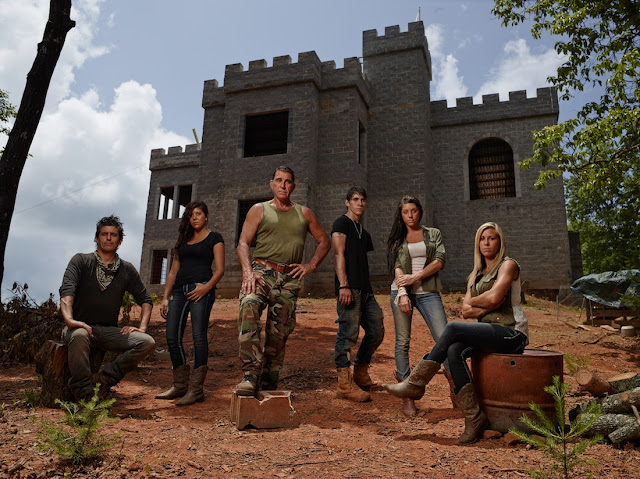 The family is headed by Brent, a former soldier who is worried that a zombie apocalypse electromagnet pulse will take the world back to the stone age (actually the nineteenth-century, which was obviously a time of chaos). To protect his family from the hordes of people who will come to pillage food and other essentials,  Brent is building a castle in the hills of Carolina.

A film crew has captured all their exploits for our viewing pleasure (jokes going to be on us when the EMP blast shuts down our TVs). We see them building a castle, having family fun, and preparing to defend it against people that are starving.

Here are some clips from the show:


I hope they realize that many castles were actually captured by mining underneath them. The show began airing last month and I guess they have several episodes. You can learn more from their website and Facebook page. 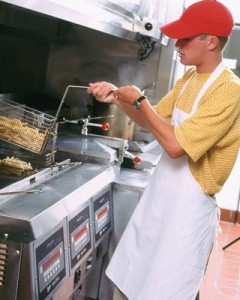