Doctors can now figure out if you have the Black Death; and more medieval news 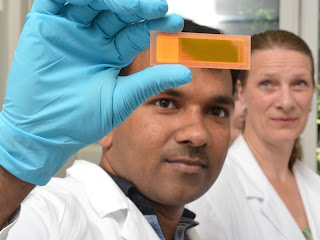 In a development that could have been very useful over six hundred years ago, scientists have discovered a simple and effective way of determining if someone has Yersinia pestis, the bacterium that is responsible for the Black Death. A team based out of the Max Planck Institute in Germany were able to create a sugar-protein that serves as biomarker when tested on the blood of individuals who carry the plague.

The Black Death, which swept through the medieval world in the mid-14th century, could infect and kill people within hours. “Early identification of an infection is of paramount importance for survival,“ explains Chakkumkal Anish, Leader of the Glycobiology Research Group at the Max Planck Institute. “So our work may have direct and positive consequences on patient survival rates.“

While the plague is not ravaging society as it once did, there have been sporadic outbreaks, including in India, China, Libya and New Mexico in recent years. The scientists also believe the process they used to develop this test will be useful with detecting other kinds of diseases.

Click here to read the full details from the Max Planck Institute.

The Smithsonian Institute blog Past Imperfect has a very interesting article on Islam’s Medieval Underworld. It focuses on the Banu Sasan, a loosely organized criminal network that operated throughout many Muslim lands during the Middle Ages. They were thieves, burglars, murderers and con artists, and their activities often got mentioned in Arabic literature.

Their exploits would include the "so-called prince of camel thieves, for instance — one Shaiban bin Shihab — developed the novel technique of releasing a container filled with voracious camel ticks on the edges of an encampment. When the panicked beasts of burden scattered, he would seize his chance and steal as many as he could. To immobilize any watchdogs in the area, other members of the Banu Sasan would “feed them a sticky mixture of oil-dregs and hair clippings” — the contemporary writer Damiri notes — ”which clogs their teeth and jams up their jaws.”

Click here to read this article from Past Imperfect

Archaeologists working in the imperial forum area of the city of Rome have uncovered the remains of an 8th-century workshop and a residential area dating to the 14th century. You can read more from ANSA.

In Birmingham, England, archaeologists are working outside of The Barley Mow pub. The pub owner believes they will find the remains of one of Richard III’s knights. However, a spokesman for the construction company behind the dig is less sure. “The archaeological investigation has found several 17th century post-medieval rubbish pits," he said.“There is no truth in the suggestion the team were looking for the remains of a follower of Richard III and nothing was found relating to the late medieval period.” You can read more from the Birmingham Mail.

A more promising find has occurred in Heslington, just outside of York. A Roman well, dating from the late fourth to early fifth centuries, has been uncovered, along with more than a 1000 pieces of Romano-British pottery, including two almost complete Huntcliff-type jars, and a similar number of animal bone fragments. Steve Roskams, Senior Lecturer at the University of York said, “It is striking that all of the material found in our well would have been familiar to those inhabiting this landscape. Its construction incorporates a finial which, we argue, probably came from the dismantling of a nearby, good-quality structure. The jars circulated here widely, the Huntcliff-type probably being connected directly to water usage. The other pottery and the animal bones also comprise well-understood 'mundane' elements that were available locally."

Finally, what is new on Youtube for medievalists? There is this video, entitled '5 Of The Most Gruesome Medieval Torture Devices' - please keep in mind that only one of the five torture devices mentioned here - the Rack - was actually used in the Middle Ages. Most of the others are first mentioned in the Early Modern period. 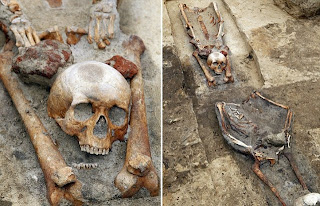 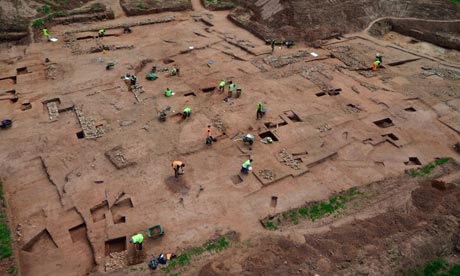 American rap star JAY-Z has released a new album this month entitled Magna Carta Holy Grail. To promote the album, they have placed artwork of the album's cover next to one of the earliest copies of the Magna Carta in Salisbury Cathedral. 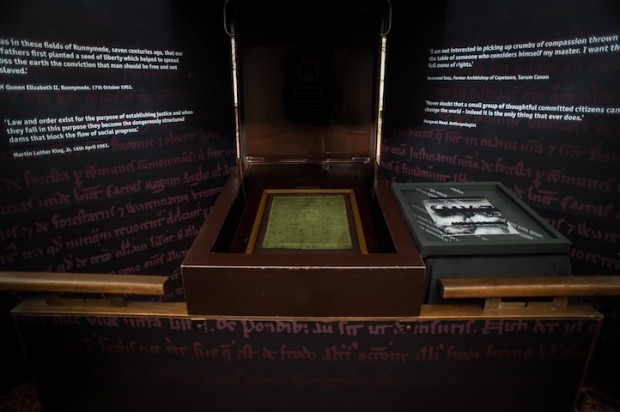 Dean of Salisbury the Very Reverend June Osborne told the Salisbury Journal, “We are delighted that Jay Z has chosen Salisbury Cathedral, home to the finest of the four surviving Magna Carta, as the location for the global premiere of his artwork. We know how important the Magna Carta, and all it represents, is to people across the globe. The ideals it embodies are still relevant today.

“Jay Z, through his album, is creating a huge awareness of this historic document and its modern significance to a huge audience in the run up to its 800th anniversary in 2015. We hope to welcome many of his fans here this summer to see the artwork in the Chapter House alongside our Magna Carta.”

Jay-Z was impressed with the ideals of justice and responsibility as written in the Magna Carta, and one song even includes the line "To no one will We Sell, to no one will We deny or delay, right or justice."

Another song, Holy Grail, features Justin Timberlake. You can listen to it below: