The Verge takes a look at some of the interesting work being done by statistical physicists Ralph Kenna and Pádraig Mac Carron on medieval sources. Using their background in understanding connections, they examined works such as the Táin Bó Cúailnge to learn more about the relationships between the characters found in its pages.


What Kenna and Mac Carron found was that the epics fell between the real networks and the fictional ones. The network in The Iliad is relatively realistic, and Beowulf's also has realistic aspects, with the exception of the connections to Beowulf himself. That chimed with the idea from the humanities that he, unlike some others in the story, may not have existed. The Táin's network was more artificial. Interestingly, however, they found that a lot of the Táin's unreality was concentrated in just a few, grotesquely over-connected characters. When they theorized that some of those characters might actually be amalgams — for instance, that some of the times the queen of Connacht is said to speak to someone, it might be a messenger speaking for her instead — the network began to look more realistic. At least from a social network perspective, perhaps the Táin is not as fantastical as its reputation would suggest, the researchers proposed. That doesn't mean the events really happened, or that the people are real. But it raises the question of why the network looks the way it does.

You can read the article The Viking Facebook here.

In First Things, Dale M. Coulter takes a look at the life and influence of Jacques le Goff, who passed away earlier this year. He notes that:


Le Goff sought to help Europeans recognize themselves as still connected by the cultural fabric of a common medieval civilization. Along with his fellow members of the Annales school, he also strengthened the case for the long Middle Ages, extending them all the way to the mid-nineteenth century. Le Goff’s body of work, then, stands as a challenge to historians who argue for the Italian Renaissance and Reformation as a break that unleashed a series of forces, intended or not, ultimately leading to the current social imaginary.

The Australian Broadcasting Corporation’s Radio National network offers a look at the world of competitive jousting at an event taking place just outside Sydney. One of the competitors, L. Dale Walter explains how dangerous this sport can be: 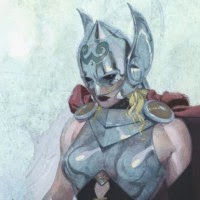 In an article about the upcoming changes to the comic book character Thor, Russell Smith of The Globe and Mail shows that he knows a few things about medieval literature:


I say the original King Arthur rules, and I have no tolerance for a politically correct “modernization” of the story. Everybody knows there was no Sir Lancelot or Holy Grail in the original King Arthur story, as told by Geoffrey of Monmouth in Historia Regum Britanniae in the early 12th century. Lancelot and the Grail were rudely added by Chrétien de Troyes 50 or 60 years later, around 1180. Are we really going to tolerate some French upstart turning King Arthur from a warrior into some kind of romantic soap-opera star just because it suited the spirit of the times?

What else should you also check out:

Five Tips for Sieging your Favourite Medieval Castle - the good people at Battle Castle have the pictorial evidence of what the really watch out for when going castle-hopping!

The first episode of the new podcast Drunk Archaeology:

The medieval band Vagarem has just released their new album "Codex Bricolia". You can hear some of their sounds in this YouTube video:

An interview with Deborah Harkness, author of The Book of Life

Deborah Harkness, professor of history at the University of Southern California, has just published the final novel in her All Souls Trilogy. It follows the story of Diana Bishop, a historian and modern-day witch, Matthew Clairmont, a 1500-year-old vampire, and an enchanted manuscript at Oxford University's Bodleian Library.

See also Deborah reading an excerpt from her novel:

Vikings: Lives Beyond the Legends - exhibition now underway at Royal BC Museum

For those living in North America who were envious of the British Museum's recent exhibition on Vikings, there is now an exhibition under way at the Royal BC Museum in Victoria, British Columbia. Vikings: Lives Beyond the Legends features over 500 artifacts. It will be on display until November 11th.

You can see this preview of the exhibition:

For more details, please visit the Royal BC Museum website 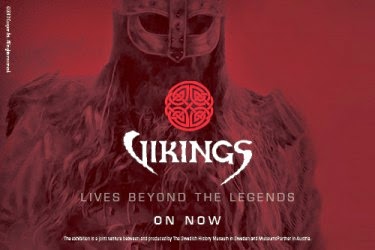 Is this how the Bayeux Tapestry would have ended?

The famous Bayeux Tapestry ends with the defeat of King Harold's army and the flight of the Anglo-Saxon soldiers. However, most scholars believe that the original tapestry would have ended with the coronation of William the Conqueror.

Now, a community project from the British island of Alderney has recreated the missing piece of the Bayeux Tapestry. It depicts several scenes that they believe would have been in the original tapestry, including a scene where William is crowned on Christmas Day, 1066.

Professor Robert Bartlett of the University of St.Andrews tells the BBC: "It has often been pointed out that the opening of the tapestry has a figure of King Edward the Confessor enthroned, and that around the middle point of the tapestry there is an image of William's enemy Harold enthroned.

"It would be a neat symmetry and make perfect sense of the story if the end of the tapestry had showed the victorious William enthroned, which is what the Alderney team have chosen to do. The other 'new' scenes are more speculative, but they are modelled on scenes earlier in the tapestry so look convincing."

The recreation is now being displayed next to the original at the Bayeux Tapestry Museum in France - the exhibition will run until August 31st.

For the full story, please visit the BBC or the Daily Mail.

Here is a video report about the project from last year: