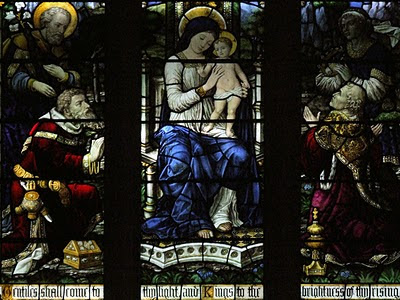 Dr Beth Williamson of the University of Bristol has been awarded an Arts and Humanities Research Council Fellowship worth £74,099 to work on a project entitled ‘The Embodiment of Devotion: Art, Music and Affect in Late Medieval England’.

The project will examine how music and art effect the religious experience of English people from between the thirteenth and sixteenth centuries, including its physical, emotional and sensual impact.

Dr Williamson said: “All of the senses play a part in the embodied experience of the religious devotee but the art, architecture and music of medieval Christianity offer the most concrete examples of deliberate, conscious and complex appeals to the senses.

“During the nine months of the fellowship I will investigate the various strands of thought in the middle ages that were concerned with the senses, with sense perception, and with the relationship between physical or sensual experience and religious devotion.

“This will lead to a detailed examination of the images and material artefacts associated with English medieval religious experience, including painted images, books and sculpture, and to a consideration of the religious sound-scape, including the music that would have been performed as part of religious devotions.”

Dr Williamson's previous research has focused on late medieval Italian and Dutch paintings, including the relationships between Christianity and visual culture. Her latest book, The Madonna of Humility: Development, Dissemination and Reception, explores the iconography and development of the image of the Virgin Mary.

Her new project will run from January to September 2011.