The Irish government announced last month that the Walled Towns Initiative will receive €850,000 in funding this year. The news came as part of an announcment by John Gormley, Minister for the Environment, Heritage and Local Government of over €11.5m to support built heritage projects in Ireland. 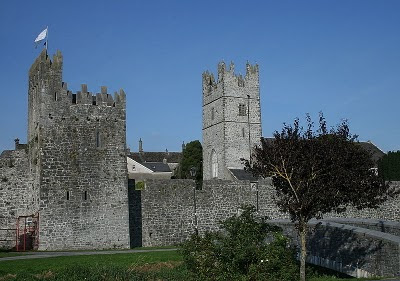 The Minister stated “This funding package underlines the continued commitment to the preservation and conservation of our rich built heritage by the State. Our built heritage is inextricably linked with our sense of pride in this country and affirms our cultural and historical identity. It is essential that we continue to invest in built heritage conservation to ensure the ongoing preservation of Ireland’s renowned heritage. Investment in the heritage stock can also bring economic benefits in the form of cultural tourism and employment.”

The funding for the Irish Walled Towns Initiative will allow conservation works to continue to be carried out on Walled Towns in Ireland. The Minister said that ”Walled Towns are a significant tourist attraction and contribute positively to the areas that have such iconic features.”

The Irish Walled Towns Network was established by The Heritage Council in 2005 and currently comprises 21 walled towns and villages throughout Ireland. Their aim is to coordinate conservation and management efforts, as well as help boost interest in these historic areas.

Among the work they have done is:

The other funding announced will go to a variety of projects, including the conservation of historic churches as well as money handed over to local authorities for heritage projects. Minister Gormley added “local authorities are best placed for recognising structures at a local level that are deserving of funding and make a significant impact on our built heritage as a whole. Many of the protected structures that receive funding are a valuable and irreplaceable element of our heritage and give character to our cities, towns and villages.”