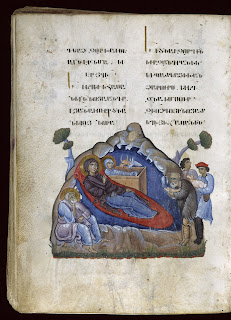 The National Endowment for the Humanities (NEH) has granted the Walters Art Museum $315,000 for a two and a half year project to digitize, catalog and distribute 105 illuminated medieval manuscripts. Representing diverse Byzantine, Greek, Armenian, Ethiopian, Dutch, English and Central European cultures, this project, entitled Parchment to Pixel: Creating a Digital Resource of Medieval Manuscripts, will allow for the digitization of approximately 38,000 pages of ancient text and 3,500 pages of illumination.

“The aim of this project is to allow access to the museum’s collections, free of charge, mirroring in the virtual world what the Walters has achieved at our physical location through free admission,” said Walters Director Gary Vikan. “This project further fulfills the museum’s mission to bring art and people together.”

The resulting digital catalog and library of images will conform to internationally accepted standards and will be distributed to diverse audiences through scholarly and public databases worldwide under a Creative Commons 3.0 license.

“This unparalleled access to little-seen treasures will enable close collaborative study of the materials from locations around the world and across disciplines as well as reduce wear and tear on the codices,” said Curator of Manuscripts and Rare Books Will Noel. “The NEH has provided another extraordinary opportunity for the Walters to share its resources.”

This grant allows the museum to continue its ambitious initiative to create, preserve and make accessible fully cataloged digital surrogates of its manuscripts, an initiative that began in 2008 with an NEH Preservation and Access Grant to digitize its Islamic manuscripts. The museum is digitizing the entire collection of Islamic manuscripts and single pages, which amounts to approximately 53,000 images to be available for public access.

In the western hemisphere, the Walters’ holdings of illuminated manuscripts are second in number only to the Morgan Library and Museum and are of a level of quality matched only by the Morgan and a smaller collection at the J. Paul Getty Museum. At the time of his death in 1931, the museum’s founder, Henry Walters, left to the city of Baltimore his entire collection of art, including a legendary collection of illuminated medieval manuscripts that is a major national treasure. Between 1895 and 1931, Walters collected around 730 codices. Today, the collection includes some 850 illuminated and illustrated manuscripts and 150 single leaves, ranging in date from the ninth to the 19th century and constituting one of the most significant collections of its kind in the country.