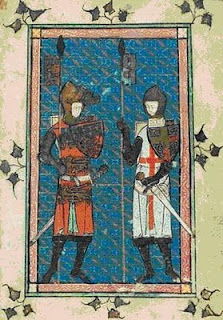 A battle between Anglo-Saxons and Vikings will be at the centre of this year’s Birmingham St George’s Day festivities on Saturday 24 April in Chamberlain Square.

The free event organised by Birmingham City Council and Birmingham St George’s Day Association will host an exciting mix of new and traditional activities in the city centre.

New for 2010 is the creation of an Anglo-Saxon village in Chamberlain Square where history re-enactors ‘Regia Anglorum’ will recreate an Anglo-Saxon Slave market, give warrior demonstrations and stage a main battle between Saxons and Vikings. In keeping with the Anglo-Saxon theme the now world famous Hoard of Anglo-Saxon treasure will also be on show at Birmingham Museum and Art Gallery. Earlsdon Morris Men will also be dancing in Chamberlain Square, and there will be storytelling and family folk dancing at the Centre for the Child at the Central Library.

Partners BBC WM will compere the stage in Victoria Square with live music and entertainment including Sovereign Brass, the Demon Barbers, The Old Dance School, Roxy Magic and Hannah & Sam, plus performances by local school children.

Another feature will be a traditional English market at the Victoria Square end of New Street, where food and crafts will be on sale. In Victoria Square refreshments, will include a whole pig roast, fish and chips, cakes and pasteries and event sponsors Davenports will have a bar in serving ales and English wine with cider provided by Hogans Cider. The free day-time celebrations will be concluded with a sell-out concert of English music at the city’s world class Symphony Hall in the evening.

Cllr Martin Mullaney, Cabinet Member for Leisure, Sport & Culture said, “Birmingham’s St George’s Day event grows every year in celebration of England’s patron saint. It is an exciting part of our annual calendar of events that makes our city such a vibrant place to live e to live, work or visit. As we bid for UK City of Culture this event shows our ability to bring people together in celebration of the city’s great heritage and culture.”

Professor Carl Chinn MBE, Chair of Birmingham St George’s Day Association said, “The West Midlands is the real epicentre of the St George’s Day celebrations. Now in its 13th year the range of events and activities on offer underline our English traditions in an innovative and exciting way. The Association is proud to be taking the helm with Birmingham’s annual festivities.

The St George’s Day Celebrations are organised by Birmingham City Council in partnership with Birmingham St George’s Day Association. The Association are also organising the annual Celebrating England Concert at Symphony Hall in the evening. For more information call 0121 303 3008 or go to www.birmingham.gov.uk/st-george