The United Kingdom has now entered a season of campaigning as a general election has been called for May 6th. Candidates are running for 650 seats in the House of Commons, with the main battle being between the three largest political parties: Labour, Conservatives, and the Liberal Democrats. 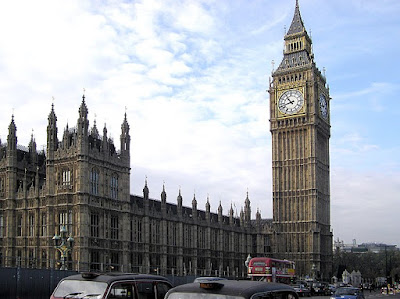 While the main issues for the election will focus on the economy, health and education, there are other issues that will be of particular interest to medievalists. These include the protection of heritage sites and support for universities.

Continued support for the preservation of the nation's historical sites is advocated by all three parties. The Labour Party has touted its efforts in government since 1997 in providing funding to this area. Ben Bradshaw, Secretary of State for Culture, Media and Sport, noted one of the accomplishments of the Labour government was establishing the Buildings at Risk Register to protect and repair historical places, noting that "48% of those on the original 1999 list have been removed.”

However, the opposition parties have been critical of the government's efforts, including for diverting lottery money, which is usually set aside for heritage and cultural projects, to funding for the Olympic Games taking place in London in 2012. They also want the government to pass a Heritage Protection Bill that would offer greater protection for heritage assets against development.

The Liberal Democrat Member of Parliament Don Foster remarked, “We need improved heritage legislation, more resources and greater advocacy to promote the importance of our heritage.”

The Conservative Party, which is currently enjoying a slim lead in election polls, is advocating a new Museums and Heritage Bill, which would give more financial independence to organization involved in heritage. Conservative MP Jeremy Hunt said, “Our tourism industry supports 2 million jobs, with 80% of international visitors saying that the main purpose of their trip is to visit cultural or heritage attractions. No doubt the Staffordshire hoard will transform the tourism and heritage offer in the West Midlands - a treasure that until July this year lay undiscovered. So heritage opportunities do not stand still.”

The Conservatives and Liberal Democrats also support the idea of merging English Heritage with the Heritage Lottery Fund, which could save 7 million pounds in administrative costs.

Although funding for universities is not a major issue in this election, both the Labour Party and the Conservatives are promising to increase the number of extra undergraduate places for the 2010-2011 school year - Labour promising to deliver 20 000 new students, while the Conservatives 10 000. Meanwhile, the Liberal Democrats are campaigning on reducing (and even eliminating) how much students pay in tuition. On their website they say that "university education should be free and everyone who has the ability should be able to go to university and not be put off by the cost."

All major parties acknowledge that Britian's high budgetary deficit will mean cutbacks to most sectors of the government, and various groups are advocating that funding be maintained in their sectors. For example, the British Museum was among several art and cultural organizations who called on the government to continue their support of major museums and art galleries, which generate 1.5 billion pounds a year to the national economy. British Museum Director Neil MacGregor said, "we want to remind them that culture works.”

Other Sources: Bloomberg, English Heritage - Special thanks to Joan Manzo