Known as the "Oscars for heritage protection," this unique awards programme highlights some of Europe’s best achievements, and showcases remarkable efforts made in safeguarding Europe’s rich architectural, landscape, archaeological and artistic heritage.

Among the winners are several projects or sites associated with the Middle Ages. They include a project to restore the medieval town walls of 's-Herogenbosch in the Netherlands, research into a 12th century Italian castle in the town of Noale, and the Becov Castle conservation project in the Czech Republic. 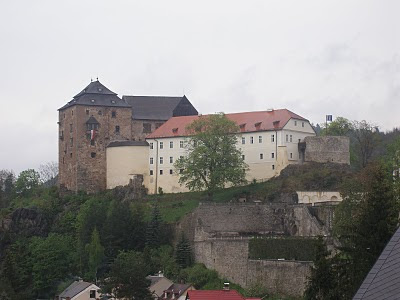 The awards will be presented during the 8th Annual European Heritage Awards Ceremony, taking place in Istanbul, Turkey on 10 June 2010, as part of the Europa Nostra Annual Congress. These events contribute to the celebration of Istanbul as a European Capital of Culture 2010 and are included in the official programme of Istanbul 2010. 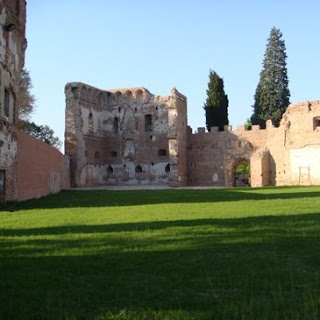 Each year, the European cultural heritage community and its supporters turn their attention to the European Union Prize for Cultural Heritage / Europa Nostra Awards. Proudly celebrated annually since 2002, the ceremony showcases the greatest achievements in maintaining and preserving Europe's shared cultural heritage. Jointly organised by the European Commission and Europa Nostra - the Voice of Cultural Heritage in Europe – this grand Award Ceremony starts off celebrations that will continue at local level and at the sites themselves throughout the year.

The Awards celebrate not only outstanding initiatives, conservation projects, research, and education successes within Europe's cultural heritage sector, but also reward the exceptionally dedicated service to heritage conservation by individuals and/or groups. The 2010 winners have been selected from nearly 140 submitted projects, stemming from 26 countries. The selection of Laureates is made by one of the 4 Heritage Awards Juries, composed of independent experts from across Europe.

A major aim of the Awards is to stimulate trans-border exchanges in the heritage sector. By spreading the "Power of Example", the Awards scheme encourages further efforts and projects related to heritage protection throughout Europe. This is in keeping with the goals set down by other Europe-wide cultural projects, such as the European Heritage Days whose slogan - "Europe, a Common Heritage" - promotes a shared European legacy.

Over the years, the Awards programme has seen remarkable examples of the conservation, management and interpretation of Europe’s heritage. These range from some of the most well-known sites in Europe, such as La Scala in Milan (2005 Laureate), to other lesser-known treasures, such as the vernacular wooden Kesälahti Church Bell Tower in Finland (2009 Laureate).

The Becov conservation project aims to repair the 14th century castle and chateau. The project is being undertaken the Czech Republic's National Heritage Institute and the Czech Technical University (CVUT) in Prague. Castle Warden Tomas Wizovsky told the Czech News Agency, "This has been the first summary in history of unique results of research and expert opinions about the castle from the past and recent years."

He hopes that the recognition will attract more visitors to Becov and speed up the planned reconstruction. It is believed that the costs to repair and conserve the castle will be up to $10 million (US).

Among the 29 selected winners of the European Union Prize for Cultural Heritage / Europa Nostra Awards, 6 Grand Prix winners will be announced at the European Heritage Awards Ceremony on 10 June in Istanbul Turkey, as 2010’s most outstanding examples of heritage protection. Each Grand Prix winner will receive a monetary reward of € 10,000.