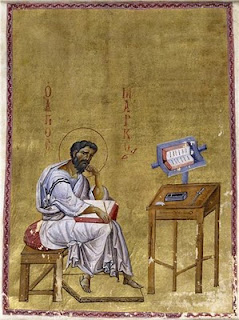 An impressive project in digitizing manuscripts is proving that online resources can be created that will meet the needs of academic scholars and find an audience with the general public. The Walters Art Museum in Baltimore, Maryland, which is completing a database of digitized Islamic manuscripts, has now received funding to begin a new project which will create online versions of dozens of medieval manuscripts.

Earlier this month the Walters Art Museum announced that they received a $315,000 grant from that National Endowment for the Humanities for a two and a half year project to digitize, catalog and distribute 105 illuminated medieval manuscripts. When completed, the project will cover over 38,000 pages of text and 3,500 pages of illuminations (see our earlier article The Walters Art Museum to digitize 38 000 medieval manuscript pages for more details).

Both projects are innovative in how they are building these digital resources; they are scanning and putting online high-resolution images of every page of these manuscripts. Furthermore, the Walter Art Museum is also publishing the raw data for these manuscripts, including detailed cataloging information; this allows scholars from around the world to research these manuscripts.

At the same time, the museum is also finding ways of bringing their digital manuscript to a wider audience by making use of Web 2.0 technology. Will Noel, the Curator of Manuscripts and Rare Books at the Walters Art Mueum, has been responsible for creating an account on the popular photo sharing website Flikr, where every day a new image is added from the Islamic manuscripts.

Thus far, 267 images have been uploaded to Flikr, and through promoting their existence with other web resources like Twitter, the collection has now been viewed over 90,000 times. Will Noel explains to Medievalists.net that this approach is delivering on the museum's mission to bring art and people together. He adds that the resource they are creating is both "good for the scholar, and also caters to a Web 2.0 audience."

The Walters Art Museum has also placed these images under Creative Commons Licensing which allows anyone to use these images for non-profit purposes. This can include medieval scholars who want to create databases for particular topics, or other Flikr users who want to include some images in their collection.

The Islamic manuscripts project will be finishing in six months, and when complete will include 128 codices, ranging from copies of the Koran to a manuscript containing the Bāburnāmah - the famous 16th century autobiographical memoir of Babur, founder of the Mughal Dynasty. According to Will Noel, interest in these Islamic manuscripts has increased among patrons of the museum. "People will find out what we have and come to visit us," he explains.

The project to digitize the medieval manuscripts will begin in October of this year, and will continue until December 2012. Among the 105 manuscripts to be digitized will be illustrated copies of the Gospels, a 14th century Book of Hours, and the Claricia Psalter from the late 12th century.