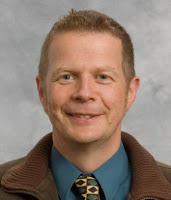 Professor Richard Oram of the University of Stirling will be delivering a lecture next week where he examines environmental changes in northern Scotland during the Middle Ages and how medieval people had to cope with climate shifts. His talk, ‘Environmental Heritage in the Highlands and Islands’, will take place in Inverness on Thursday 29 April. The event is free and open to all, and takes place at the Centre for Health Science, Raigmore Hospital, at 5.30pm.

According to Professor Oram, there is a remarkable concurrence between some of most dire events in human history and the depths of the episodes of climate change taking place at those times. “Climate change occurs when global warming increases weather instability and variability,” he explains. “While these weather changes may be subtle year on year, they can be profound over just a few decades. This can affect every aspect of people’s livelihoods – whether that’s fishing, working the land or rearing livestock – so inevitably, it affects their lives.

“Archaological evidence shows that, throughout history, major environmental events have occurred which have dramatically impacted human culture and society. In almost every case, society has demonstrated resilience and the ability to adapt to its changing circumstances in sustainable ways.

“We have enjoyed a long period of relative environmental stability. But nothing stands still – especially not Nature,” says Professor Oram. “Things definitely began to change in the 20th century: before this there had been a measure of predictibility about the pace and scale of environmental change but our current situation is unprecedented because everything is changing at a much faster speed.

“The good news is that this time around, the Highlands and Western Isles are well placed to develop what is potentially a positive side to the hand we’re now being dealt by Nature. Wind and water are elements which, together with our technological edge, can be turned to communities’ advantage.”

In 900 AD the Medieval warm era had just begun, bringing to the Scottish Highlands a climactic pattern of relative stability, with average temperatures around 1.5% higher than they are today. For almost 300 years, this encouraged a Highland pastoral society in which livestock numbers greatly increased, cereals such as wheat could be grown and crops generally were more abundant, owing to the dryer, warmer climate conditions. The result was higher populations, a buoyant economy and more tax revenues.

According to Professor Oram, the European population reached a peak in 1300 AD. But conditions were changing and the period now known as the Little Ice Age had begun. The spread of sea ice caused a change in north Atlantic surface temperatures, which in turn altered the high pressure systems throughout the year. This created a ‘refrigerator’ effect and caused temperatures to drop dramatically. By the middle of the 14thcentury, the growth period for crops had started two weeks later and stopped two weeks earlier. With animal grazing now restricted to lower altitudes, feed became scarcer. Crops began to fail and there were outbreaks of livestock disease, famine, and human epidemics.

Meanwhile storms and winds eroded the machair and the cultivated land beyond, so that whole areas became overwhelmed by sand. Economically, this was the final catastrophe for many on Scotland’s west coast and evidence from archaological sights of that period point to the sudden abandonment of villages – such as the herring fishing communities of Bornish.

Subsequent centuries were marked by environmental extremes, accompanied by widespread famines, and epidemics of influenza, cholera and malaria. Social unrest led to revolution and wars and it wasn’t until the 18th century that population numbers began to recover.

Professor Oram has published widely on aspects of Scottish medieval history and archaeology, including books on The Lordship of Galloway c.900 to c.1300

and an edited volume on Alexander II

. He is currently working on Holy Frontiersmen? The Monastic Impact on the Northern European Environment c.1100-c.1350.

Professor Grant Jarvie, Deputy Principal of the University of Stirling, said: “We have a long-standing commitment to the Highlands and Islands, and our world-class scholars and researchers are focused upon key areas of life in the area. The Stirling Lectures this year focus on the environment, bringing this research to a wider audience.”

The lecture was orginally scheduled to took place on February 25, but was postponed due to adverse weather conditions. To reserve a place or for further information, telephone 01463 255649 or email hct1@stir.ac.uk