William Caferro, a professor of history at Vanderbilt University, and Sharon E.J. Gerstel, Professor of Byzantine Art and Archaeology at UCLA, have been named 2010 Fellows by the John Simon Guggenheim Memorial Foundation.

The two highly regarded medieval scholars are among 180 recipients in the United States and Canada selected for the coveted fellowship. Artists, scholars and scientists in all fields are eligible to apply for the fellowships, which are awarded on the basis of impressive achievement in the past and exceptional promise for future accomplishment. This year’s recipients were chosen from a group of more than 3,000 applicants.

Caferro will use the funding to complete a book project on the intersection of war, culture and economy in late medieval and Renaissance Italy, which was during the time of the Black Death. The research represents the culmination of his many years of work in Italian archives, he said.

“As an economic historian, I look at the Italian economy of the 14th and 15th centuries and try to understand what aspects of that economy would fall under the category of Renaissance,” he said. It’s also very important to me to look at the impact of violence and war on society in Italy at that time.”

(Johns Hopkins, 2006), which won the Otto Grundler Prize in 2008 as the best book on medieval studies. His most recent book, Contesting the Renaissance

(Blackwell, 2010), explores the meaning and use of the term “Renaissance” in historical writings.

Caferro teaches a variety of courses in European history, including upper-level courses in pre-modern European economic history and 14th century English literature and history. He received his doctorate from Yale University and is a previous recipient of the Madison Sarratt Prize for Excellence in Teaching at Vanderbilt. 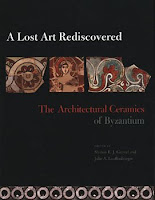 Sharon E.J. Gerstel will use her fellowship to complete a book Landscapes of the Village: The Devotional Life and Setting of the Late Byzantine Peasant, which will be published by Cambridge University Press. She is analyzing the devotional lives of the area’s Eastern Orthodox Christian villagers between the 13th and 15th centuries. Her previous publications include Thresholds of the Sacred: Architectural, Art Historical, Liturgical, and Theological Perspectives on Religious Screens, East and West and A Lost Art Rediscovered: The Architectural Ceramics of Byzantium