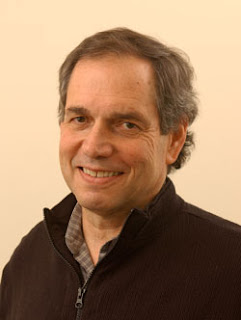 Peter W. Travis, the Henry Winkley Professor of Anglo-Saxon and English Language and Literature at Dartmouth College, is the winner the 2009 Warren-Brooks Award for Outstanding Literary Criticism, for his book Disseminal Chaucer: Rereading the Nun’s Priest’s Tale (University of Notre Dame Press, 2009).

Among 42 books submitted for this year’s contest, Travis’s work, nominated by the University of Notre Dame Press, was chosen for the breadth and depth of Travis’s scholarship, and the wit and originality of his writing, according to the jury.

“I'm quite overwhelmed by this honor,” says Travis. “While I spent many years working on Disseminal Chaucer, I never for a moment imagined that it would be singled out for any kind of award. I am especially pleased that the Warren-Brooks jury found that a rather specialized book on a medieval subject nevertheless succeeded in communicating with a modern readership."

Travis’s primary interests are medieval literature and contemporary critical theory. He recently developed and taught a course on contemporary masculinities called “The Masculine Mystique.” Disseminal Chaucer sees the Nun’s Priest’s tale as a kaleidoscopic parody of a broad range of medieval intellectual concerns— medieval theories of argument, ways of reading stories, sexual politics, and ways of reflecting upon the political and social world.

Travis captures the debates about the nature of rhetoric and literature that went on in Chaucer’s world, one juror commented, noticing how often the medieval rhetoricians Chaucer both loved and mocked in the Nun’s Priest’s Tale argue in ways that closely resemble recent developments in literary theory, from Stanley Fish to Paul de Man and Jacques Derrida.

Travis has been a member of the Dartmouth faculty since 1970. “It's a real pleasure to see a dedicated scholar-teacher recognized for an award that has had such an illustrious series of honorees,” says Katharine Conley, Associate Dean of the Faculty for the Arts and Humanities.

The award’s namesakes, Robert Penn Warren and Cleanth Brooks, says Patricia McKee, acting chair of Dartmouth’s Department of English, “were notable twentieth-century literary critics whose highly influential method of reading literature, called the New Criticism, set the standard for textual explication. The members of the English Department are honored to have our colleague awarded this prize.”

The award, created in 1994, goes each year it to an outstanding work of literary scholarship or criticism that exemplifies in the broadest sense the spirit, scope and standards represented by the critical tradition established by Warren and Brooks.