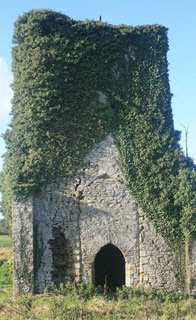 It has been thought that ivy can cause damage to medieval and other historical buildings because of its roots slowly breaking into walls. But a new study suggests that the protective benefits of the plant are far more helpful for preserving heritage structures.

English Heritage commissioned a team of Oxford University academics to research the likely effects of ivy on historic buildings. In the three-year project, Oxford researchers analysed the effects of ivy growing on buildings in five different parts of England and discovered that the plant plays a protective role. They found that an ivy canopy was like a thermal shield, combating the extremes of temperature which often cause walls to crack.

Professor Heather Viles from Oxford University analysed the effect of common ivy (Hedera helix) to guide English Heritage in its important role as the steward of hundreds of historical sites. Professor Viles’s research team monitored the effect of ivy on walls situated in different parts of the country – with varying climates and challenges. They found that ivy acted as a thermal blanket, warming up walls by an average of 15 per cent in cold weather and cooling the surface temperature of the wall in hot weather by an average of 36 per cent. The ivy was also found to absorb some of the harmful pollutants in the atmosphere. Walls where ivy was growing were less prone to the damaging effects of freezing temperatures, temperature fluctuations, pollution and salts than exposed walls without ivy.

Heather Viles, Professor of Biogeomorphology and Heritage Conservation, said: "Ivy has been accused of destroying everything in its path and threatening some of our best loved heritage sites. Yet these findings suggest that there are many benefits to having ivy growing on the wall. It not only provides colourful foliage but also provides walls with weather-proofing and protection from the effects of pollution."

Garden walls at some of Oxford University ’s old colleges (Trinity, Pembroke and Worcester Colleges ) as well as the Old City Wall were test-sites in Oxfordshire. . 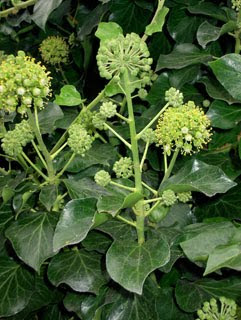 Other walls were tested at Byland, North Yorkshire; Nailsea near Bristol, and Leicester in the Midlands. The Oxford team used resistivity methods to monitor wall moisture levels and fixed monitors to measure the temperature and relative humidity of the microclimate beneath the ivy canopy as compared with uncovered walls. They also conducted laboratory analyses to examine the role of ivy in more detail.

The findings suggest that ivy has protective qualities for buildings that are intact; but they also showed that where walls are already damaged ivy rapidly finds its way into existing cracks and holes in walls. The researchers have built a test wall, planting ivy at the base, at Wytham Woods in Oxfordshire. The cube-shaped wall contains different flaws so researchers can measure and compare the different deterioration rates with and without ivy. The project provides those working for English Heritage as well as gardeners up and down the land with a better idea of how to treat ivy. Many might otherwise be unclear about whether to cut down ivy climbing up the walls of their garden and home.

Alan Cathersides, Senior Landscape Manager at English Heritage, said: "English Heritage are always keen to avoid unnecessary work to monuments and hope this research will lead to a more balanced approach to ivy. Removal should not be automatic as so often in the past, but a carefully considered element of long term management."