Bloggers report on the International Congress on Medieval Studies 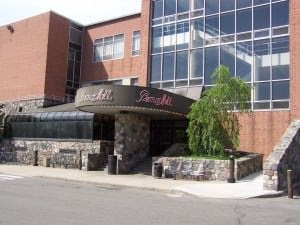 Several medieval bloggers have posted their own reports about the International Congress on Medieval Studies, which concluded on Sunday.  We have found several posts so far that talk about the sessions and other interesting things that occurred during the conference, which was held at Western Michigan University.

One of the big news for medieval bloggers was that the identity of the person behind Geoffrey Chaucer Hath a Blog was revealed - here is the report on that event from In the Middle.

Speaking of In the Middle, they discuss several things about the congress, including the reception held to promote the journal postmedieval, which is co-edited by Eileen Joy.

Tom Elrod of Wordisms gives his reports about the congress: Day 1, Day 2 and Postscript - Day 2 includes the text of his own paper: Responding to Chaucer: The Place of Fortune in Robert Henryson's The Testament of Cresseid

Steven Muhlberger gives his readers some insights into the research he is doing about the Chronicle of the Good Duke, which is the subject of the paper he gave at the congress.

Heavenfield has reviewed Day 1 and Day 2 of the Congress so far.

Curt Emanuel (aka Medieval History Geek) posted updates for each day of the congress - here is post for the last day.

Heptarchy Herald offers his views on the congress here.

Finally, here is our own summary and thoughts about the congress. We are also posting reports on the individual papers given at the congress, which will be listed here. This section will be updated for the next couple of weeks with new papers.

If you know of other posts about the International Congress on Medieval Studies, please email us at medievalists.net@gmail.com so we can add it to this list.