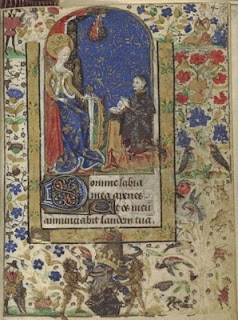 Over 7000 pages from medieval and early modern manuscripts have been put online by the University of Texas at Austin. They come from a collection of 215 items from the Harry Ransom Center, which date from the 11th to the 17th centuries.

The Ransom Center is digitizing all of the collection items, which will be added to the database as they are completed. At present, digital images are available for 27 of the items for a total of 7,288 pages.

The database contains item-level descriptions for all 215 items, and the collection is searchable by keyword and any combination of the following categories: name, country of origin, century, language, format (such as charters or diaries), subject and physical features (such as musical notation or wax seals).

The medieval and early modern manuscripts collection is a rich resource for many areas of research. Scholars may use the collection to trace typographical developments in printing, compare different versions of the same text or examine a manuscript's composition, decoration and binding to study the history of the book. The collection may also be valuable for those studying the history of liturgy and music.

"The new database for the Ransom Center's medieval and early modern manuscripts collection is a wonderful resource for students and teachers here at the university and for scholars everywhere," said Marjorie Curry Woods, professor of English and comparative literature at The University of Texas at Austin. "The detailed descriptions will help researchers working on individual manuscripts, provide a model for students learning palaeography and codicology, and allow scholars elsewhere to explore possible connections between the Ransom Center's manuscripts and those in other collections.

"The complete digitized versions of manuscripts are invaluable. Manuscripts that are now too fragile to be handled are still available for research and teaching, and those that have small, difficult-to-read glosses and marginalia now can be deciphered with relative ease. In addition, digitized manuscripts can be projected for class presentations and can be consulted by scholars working collaboratively but in different locations. Access to the Ransom Center's valuable early holdings is increased exponentially while at the same time reducing wear and tear on the manuscripts themselves."

The earliest item in the collection is the Tegernsee Miscellany manuscript, an 11th-century Austrian codex of various texts compiled by Abbot Ellinger of Tegernsee. Other highlights include 11 Books of Hours, most notably the "Belleville Hours," and a 15th-century German ferial psalter and hymnal, significant because of its possible stylistic relationship to the Gutenberg Bible and early printed psalters.

The collection contains classical texts, including copies of works by Cicero, Horace, Ovid and Plato, and medieval literary works by Geoffrey Chaucer, Dante and Petrarch.

Source: University of Texas at Austin