Archaeological project to look for medieval and ancient remains in Oxford

A major new archaeology project, starting in early October 2010, will uncover the rich history of the eastern districts of Oxford City. The wide-ranging project has been made possible by a £330,700 grant from the Heritage Lottery Fund (HLF) and a grant of £49,787 from the University of Oxford’s John Fell Fund.

The three-year project will involve volunteers and local communities in hands-on investigation of the local landscape, recording discoveries, and presenting interpretations of the results. The University of Oxford’s Department for Continuing Education will run the project, working with other departments, schools and museums in Oxford. 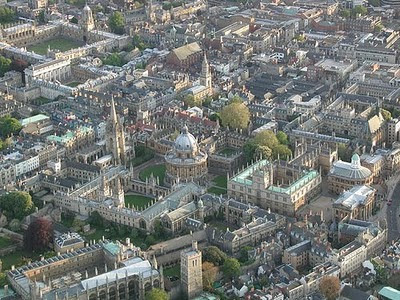 East Oxford is a large and diverse area of Oxford City situated across the River Cherwell from the city centre. Investigation of East Oxford has often been overshadowed by the world-famous heritage of the Oxford colleges. However its landscape includes many open spaces and green areas offering excellent opportunities for exploring the archaeology of the area. Exciting traces are already known of Iron Age, Roman and Viking settlements, a medieval leper hospital still with its original chapel, Civil War siege works dating to the time when Oxford was the Royalist capital, and the area has a rich industrial and modern heritage.

Stuart McLeod, Head of the Heritage Lottery Fund for South East England, said: “This project seeks to connect local residents with a history of their neighbourhoods that few can have imagined. In so doing, it turns them into landscape detectives, provides skills training and gives them a stake in preserving their heritage.”

Director of the University’s Department for Continuing Education, Professor Jonathan Michie, said: “We are delighted to be able to host this important project, helping to connect Oxford University’s expertise in research and education with the community in East Oxford. We will be working very hard to provide new opportunities for many people who have never had the chance to learn about their local heritage. We are most grateful to the Heritage Lottery Fund and the John Fell Fund for giving us the means to do this”.

Local history societies, community organisations and many individual volunteers are keen to discover more about the heritage of their neighbourhoods. The Blackbird Leys estate, for example, is built in an area where a major pottery industry flourished in Roman times. Archaeologists and historians will run training workshops to enable volunteers of all ages and backgrounds to get involved in researching their own areas, dig test pits and take part in archaeological excavations. Finds will be documented and reports written up, and the discoveries will also used to inspire a range of books, articles, pod-casts, programmes and displays as well as art and drama.

The information uncovered by the project will cast new light on the development of the city and provide valuable data for future planning and development. The project website – http://www.archeox.net/ - will be expanded to help detail the progress of the project and provide a lasting record of the discoveries.