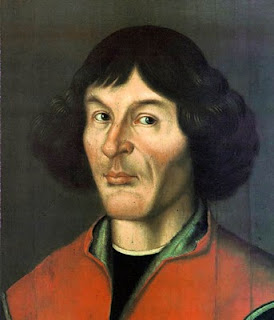 The remains of Nicolaus Copernicus, the 16th century astronomer who first theorized that the earth revolved around the sun, were reburied on Saturday in the cathedral of Frombork in northern Poland.

Scientists have been examining Copernicus’s skull and leg bones since they were discovered by archaeologists three years ago in an unmarked grave in the cathedral. Testing revealed that the body was of a 70 year old man, and that he had a broken nose, which would have the same age and condition of the Polish scientist when he died. Furthermore, DNA taken from teeth and bones matched hairs that were found in one of his books, and they ultimately concluded that they had found Copernicus.

Nicolaus Copernicus (1473-1543) was a church cannon and doctor living in northern Poland, who spent years studying astronomy. His book, De revolutionibus orbium coelestium (On the Revolutions of the Celestial Spheres), was published just before his death in 1543 and is considered one of the most important works in the history of astronomy. But it also was considered heretical by the Catholic Church because it implied that the Earth and humanity were not at the centre of the universe.

The Catholic church is now more supportive of Copernicus - the local archbishop Wojciech Ziemba, said the Church was honouring the man because of "his hard work, devotion and above all of his scientific genius."