A mural unearthed from an ancient tomb in the northwestern Chinese province of Shaanxi in 2009 depicted how traditional Chinese medication was practiced during the Northern Song Dynasty (960-1279), according to archaeologists.

Song Dynasty murals are not rare in and around the ancient Chinese capital Xi'an, but researcher Sun Bingjun at Shaanxi Provincial Institute of Archaeology said this was the first found to depict traditional Chinese medicine, prevalent in China for nearly 5,000 years.

The murals were found on the walls of a tomb unearthed back in March in Hancheng City. The tomb  itself, which was found seven meters beneath the ground, contains a bed made of hard wood and bricks. 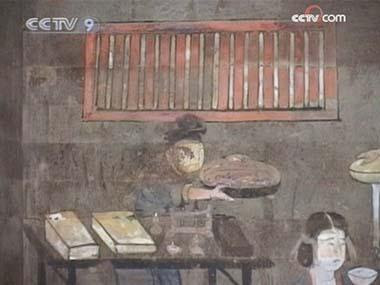 The main mural, about four meters square, had a man sitting on a chair, whom experts believed was the tomb owner. "Jars and bottles were seen on a table nearby," said Sun.

Two other men were sitting at the table, one of whom was carrying two bags of herbs and the other consulting a huge collection of herbal formulas.

"The names of the herbs were still seen on the bags and the papers," said Sun. "We assume the master of the house was sick and two physicians were making prescriptions."

One of the books shown in the mural has been identified as the Taiping Royal Prescriptions, the most famous medical manual from Song Dynasty. This has allowed the archaeologist to date the tomb to the later period of the Northern Song Dynasty.

On the same mural were eight busy servants, some were waiting on the master while others were preparing his medicine, said Sun. "One of them had a bowl and cup in each hand, while others were busy at the stove, presumably brewing herbs." 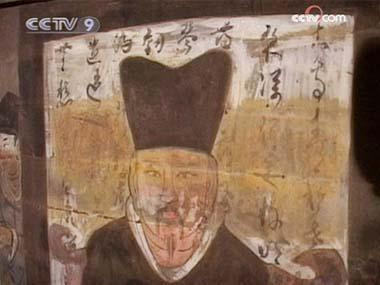 Two other murals were found in the same tomb chamber, one depicting a 17-member troupe staging an opera and the other, about nirvana, a divine state of peace and release from desire for Buddhists, Sun said. "These seem to suggest the tomb owner was a Buddhist and loved performing arts."