Archaeological excavations have unearthed three square-shaped structures just outside of Qasr al-Banat (Palace of the Maidens) in the northeastern Syrian.

According to the Syrian Arab News Agency, the first square includes a rectangular building with clay pipes connected to a well for drawing water to the rectangular chamber. To the west of the chamber there is a square well that was used as a tank for heating water.

The findings indicate that the building is a bathhouse because the floor is made of backed clay and there are spillways and water wells in the building.

In the second square, excavations discovered two adjacent provision chambers; one of them contains a well whose walls were painted with white plaster.

The northern wall of the chamber has a stairway leading to the top of the adjacent buildings that might have been used for guarding the construction that is located near the external walls.

The third square consists of floors and walls built of mud, bricks and baked clay. Inside the square there are two-meter high thick walls along with square chamber, small rooms that were used as toilets and a well with walls built of backed clay.

Artifacts recovered from the site include two metal coins, clay lanterns, a censer, a turquoise glass plate and an amulet in the form of turtle made of white lime.

The archaeological discoveries at the site mostly date back to the Abbasid era while some clay pieces unearthed come from the 12th and 13th centuries. 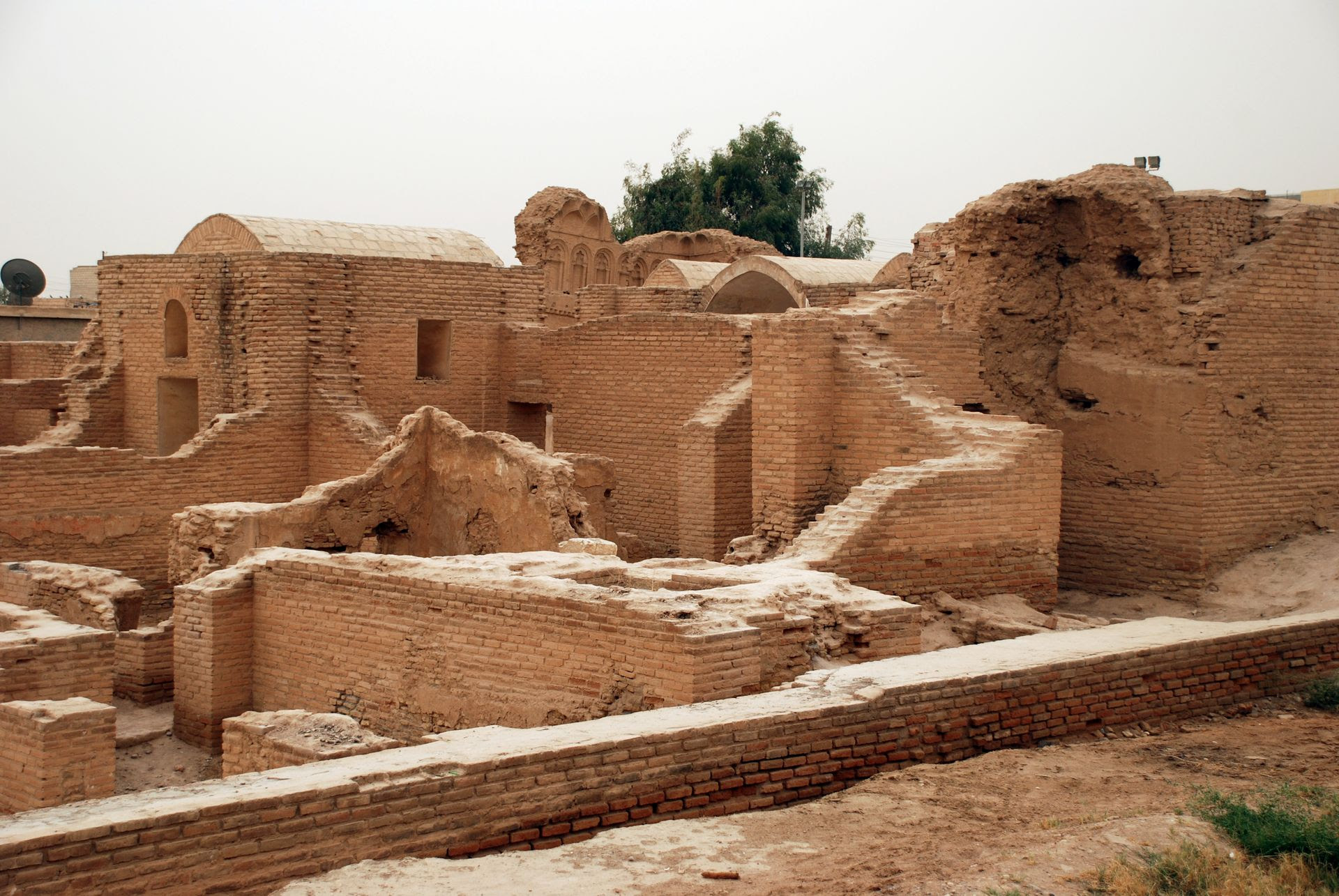 The ninth century Qasr al-Banat, in Raqqa, was a recreational summer residence founded by the Abbasid Caliph Harun al-Rashid (763–809). Remains of the palace trace an architectural plan of the building arranged around a large central courtyard with a fountain. A large iwan occupies each side of the courtyard, making Qasr al-Banat an exceptional example of the Iranian four-iwan plan in Syria. The palace was made of brick with iwans elaborately embellished with intricate patterns.

Other archaeological announcements include the discovery of a tomb from the Byzantine era, which was discovered at a private home in Daraa. Three copper bracelets and an iron one were found in the tomb, while four other tombs with basaltic ground and a stone gate were also found at the same site.

Meanwhile, at the site of Kherbet-hamha, foundations of a monastery, oil-presses and fluid reservoirs were found in addition to some shards of pottery which indicate that they were from the 6th or 7th century centuries.