Medieval Gatehouse for sale in England 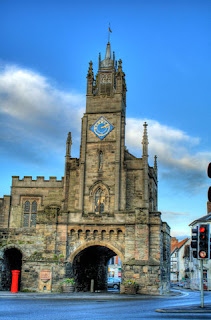 Eastgate, one of the two remaining portions of the medieval wall of Warwick, England, will be sold at auction in April.

The Grade-II listed property has a guideprice of £125,000, but the new owner would also be responsible to undertake the cost of repairs, which have been estimated at around £250,000.

Warwick Society chairman James Mackay said "It is a most extraordinary building. But it has not been very well repaired and it is difficult to see what use would allow somebody to spend that much money on it.

"Ideally it will be bought by someone who will have full access to grants to do the work such as a charitable trust."

The property was sold to its current owners for around £90,000 five years ago and provided a regular income when it was rented out to the school.

Inside the gatehouse there is a large room with a clock tower above it. Mr Mackay said the building's access will make it difficult to use the property as a public space.

He said: "It is only accessible by a single staircase and has no space for disabled access so it couldn't be for public use such as a tourist information office and it is not suitable as a classroom or office space. It is a lot of building for not very much useable space." 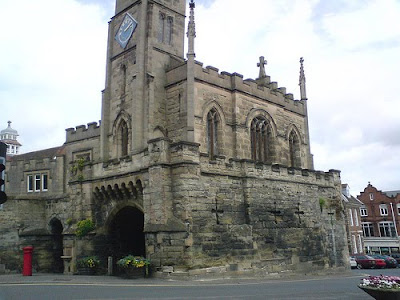 Auctioneer James Hawkesford said the building would make spectacular 'arty' offices, possibly for architects or designers. He added, "It could also make the most exclusive apartment in the town, all of course subject to the necessary permissions." .

Eastgate, one of the only two remaining gates in Warwick, has seen many changes since it was first part of the defensive system of the town in the twelfth century. The small chapel of St. Peter's perched on top of East Gate, dated to the mid 15th century, but was ruinous by 1571.

It survived, in a deteriorating state, despite many alterations, until the late 18th century, when it was decided to rebuild it. The present building was opened in 1788.

The property will be sold at auction on Wednesday April 14 at 6pm at the Warwick Arms Hotel in High Street.