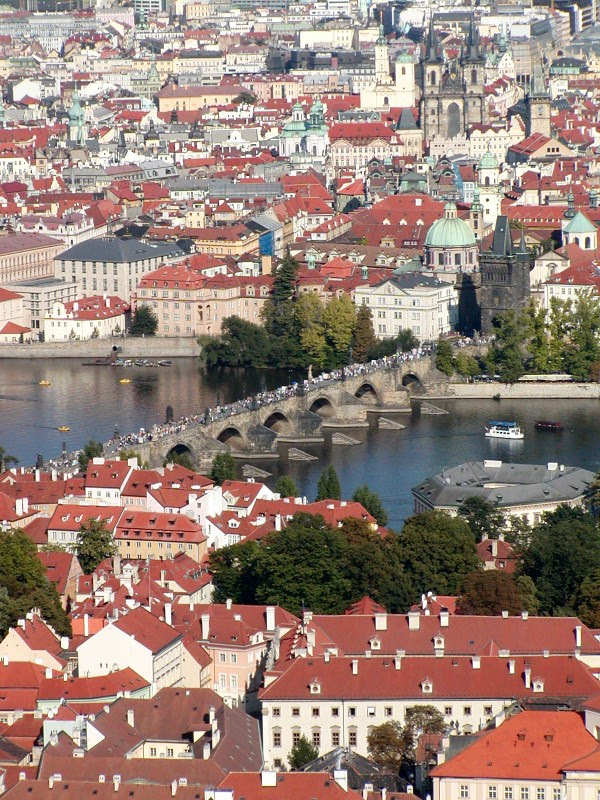 No eggs were used during the construction of the 14th century Charles Bridge, the oldest stone bridge in Prague, researchers from Prague's Institute of Chemical Technology (VSCHT) have confirmed, its spokeswoman Ivana Pickova said yesterday.

The research team thereby refuted its previous research that, on the contrary, proved the presence of proteins from egg whites in the bridge.

"No eggs were used in the mortar for Charles Bridge," Pickova said.

However, scientists from the VSCHT, claimed in the autumn 2008 that they had succeeded in scientifically confirming the legend saying the medieval masons added eggs to the mortar during the bridge's construction.

Other scientists opposed this idea last year. Richard Prikryl, from Charles University's Faculty of Natural Sciences, said last May that experts had analysed the mortar from Charles Bridge by infrared spectroscopy that had not proved any traces of organic additives.

They were not added to the mortar for technological reasons, Prikryl stressed then.

The scientists also reiterated that the masons of Charles Bridge had used "Roman mortar." It abounds in the qualities of modern construction materials, that are used for building bridges currently, in terms of strength, hardness and resistance to water.

The research team has also found out that the original inner structure of Charles Bridge is in a very good shape in spite of being 650 years old, Prikryl said.

A thorough reconstruction of the Charles Gothic bridge decorated with some 30 statues of saints mainly in Baroque style, is underway. It was launched in August, 2007.

Some experts, including the Culture Ministry's inspection, have criticised the repair works as unprofessional harming the unique sight. Heritage protectors and the City Hall that are responsible for the repairs have dismissed the criticism.

Luckily, one of the major tourist attractions in the Czech capital has never been completely closed during the reconstruction.