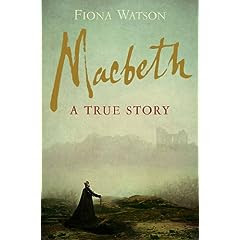 A new book about an infamous Scottish king is trying to give a more accurate portrayal of his life and legend. Macbeth: A True Story, by Fiona Watson, examines the 11th century monarch who is most well known from the play by Shakespeare.

In an interview with The Scotsman, Watson explains, "Now, I believe that Macbeth's moment has come," adding that the real king, who ruled Scotland for 17 years from 1040, may have been demonised in death, but in life, like Shakespeare's king, he "bought golden opinions from all sorts of people".

He may have murdered his way to the throne, killing the king, Duncan – who, Watson says, was definitely not the gentle old man portrayed by Shakespeare – but Macbeth brought peace to Scotland in violent times. He was an effective and popular ruler and the first Scottish monarch known to have made a pilgrimage to Rome.

"As with the portrayal of the Scottish hero, William Wallace, in the 1996 film Braveheart, the factual basis of Shakespeare's story gives added authority to the universal truths with which the play deals," says Watson.

The criticism of Macbeth actually started immediately after his death in 1057, with medieval chroniclers attacking his character and reputation.

Watson adds, "The true story of Macbeth opens a window on the so-called Dark Ages. It was a complex time in European history, which has been largely misunderstood, and I hope my book also opens a window on Scotland, which for too long has been seen as a poor benighted historical subject."

As for Lady Macbeth, who was actually called Gruoch, Watson says she, "has perhaps been wronged by history even more terribly than Macbeth himself. Medieval women may be more or less silent to us, but I believe this doubly royal woman played an active role in both in her marriage and in public life generally.

"Remember, she made a political match with Macbeth: what she and her son needed was a strong protector. In the circumstances, Macbeth fitted the bill perfectly."

Watson was senior lecturer in Scottish history and director of the Centre for Environmental History at Stirling University until she gave up academia to write and broadcast full-time. She presents History File on BBC Radio Scotland and fronted BBC2's 2001 ten-part series In Search of Scotland.

Her love of history began at an early age: "Even when I was quite wee I loved reading. There was something wonderful about escaping into other times and other worlds."

"I've never been quite sure why the past has such an exotic appeal for me. Obviously, I grew up with Robert the Bruce, above the abbey in Dunfermline, but then not everyone who grows up there is similarly moved!"