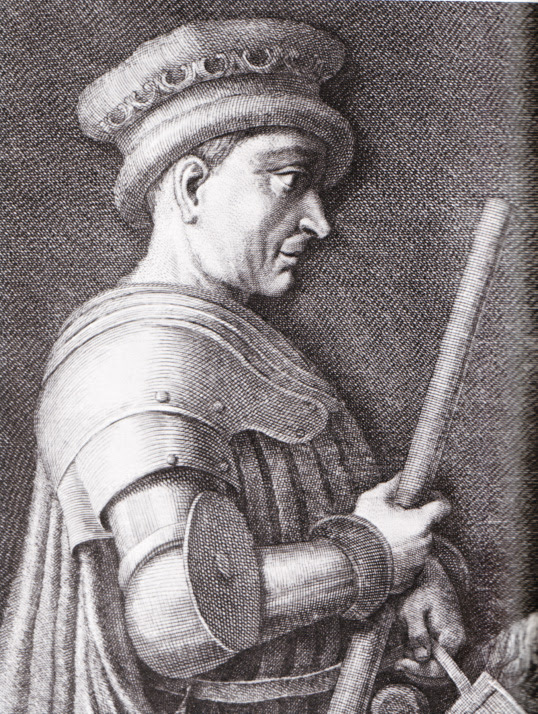 A new article about foreign mercenaries working in fourteenth-century Italy shows that they were not just rootless men just fighting for cash, but instead had a remarkable amount of loyalty to their home country and fellow countrymen.

The research comes from in the article, "Travel, Economy, and Identity in Fourteenth-Century Italy: An Alternate Interpretation of the Mercenary System," by William Caferro, which appears in the recently published book From Florence to the Mediterranean and Beyond: Essays in Honour of Anthony Molho. Caferro, who has written several books and articles examining warfare in medieval Italy, wanted to look at the issue of mercenaries serving in Italy, "from the vantage of the soldier."

Men from England, Germany, France, Hungary and Catalonia came to Italy during the 14th century to serve the various city-states and principalities.  Among the most famous was the Englishman John Hawkwood, who commanded the White Company and became quite wealthy from the services he provided. Although the city of Florence honoured Hawkwood by burying him in their cathedral, Caferro writes, the mercenary's "most fundamental allegiance was to England."

Hawkwood served as ambassador to Richard II from the beginning of the king's reign in 1377 until his own death in 1394, and took part in several diplomatic missions for England, including working with Geoffrey Chaucer to negotiate a marriage alliance with the ruler of Milan. Caferro notes that Hawkwood was not unique in this aspect, as several other mercenary leaders did the same for their kings.

Caferro also found that Hawkwood's choice of Italian employers was sometimes the result of King Richard's foreign policy. For example, "his service in Naples on behalf of Pope Urban VI and Charles of Durazzo in 1383 makes sense only in terms of King Richard's policy, which favored Urban and Charles against the French antipope and his French Angevin allies. The region was hard hit by plague and famine, and both Urban and Charles had little money with which to pay their armies."

The article finds that Hawkwood and other English mercenary leaders always made sure that their contracts contained a clause "to which the men explicitly refused to fight against the interests of the king of England." Furthermore, these foreign mercenaries often used the money they earned in Italy to buy property and goods back in their home country. Hawkwood, for example, purchased the Leadenhall in London as well as numerous manors around southern England.

Caferro finds a sense of nationalism among the rank and file foreign mercenaries, which can be seen most readily when they got involved in brawls and fights with each other. Disputes between individuals often resulted in soldiers lining up beside their fellow countrymen. "The most spectacular and lasting feud was between English and German mercenaries in 1364-1365. It began within the Florentine army at the end of the Pisan war and burgeoned into a full-scale war, with Germans and English forming into separate companies, chasing each other throughout much of central Italy, while local states watched helplessly."

Their employers had to keep these ethnic tensions in mind when hiring mercenaries, and would usually arrange their armies to keep the various peoples with their fellow countryman. When the city of Pisa launched a campaign against Florentines in the summer of 1363, they had their English and German soldiers separated into two separate armies, which took different routes to march on Florence, only joining up when they reached the city's walls.

Caferro concludes "that the mercenary system, whatever its military demerits, was a site of cultural and economic exchange, and that the foreign mercenary was less rootless and inadequate and more an integral part of fourteenth-century Italian society he served."