Micheal Prestwich named an Officer of the British Empire 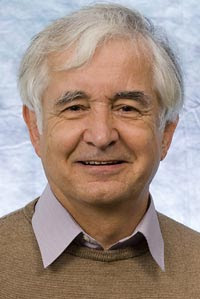 Michael Prestwich, Professor emeritus at Durham University has been named an Officer of British Empire, for his service to scholarship.

Professor Prestwich is one of the leading medieval scholars in Great Britain, and has written several dozen articles and books. His research has focused on English history in the thirteenth and fourteenth centuries.

Professor Prestwich told Medievalists.net, "I was absolutely delighted to hear that I was to receive an OBE." He added, "There are, of course, many other medievalists who are more deserving than I am; but it is good that the subject should be recognized with an honour such as this."

Among his most important books are The Three Edwards: War and State in England, 1272-1377 and Plantagenet England, 1225-1360. He also has edited many volumes in the annual series Thirteenth Century England.

Beyond his work as a medieval historian, Professor Prestwich says "I chaired the History panel for the Research Assessment Exercise in the UK on two occasions, 1996 and 2001, and I did a seven year stint as pro-vice-chancellor at the University of Durham."

The Most Excellent Order of the British Empire is an order of chivalry established by King George V in 1917. The list of people receiving this honour for 2010 was announced in late December. Click here to see the full list of persons named.

Last week, we reported on article entitled "Medieval Biographies" by Michael Prestwich, in which he talks about the value of historical biographies. Click here to read that article. Professor Prestwich is currently working an article that re-examines the armies of Edward I, and is also preparing to write a book on castles in  medieval Britain.