A Norweigian court heard five days of testimony earlier this month over a case where a medieval professor is suing the national government to be reinstated in his position or receive compensation over being fired last February.

In this highly publicized case, University of Oslo Professor Arnved Nedkvitne states that he was fired for speaking out against budget cutbacks to the medieval section at the university's Department of Archaeology, Conservation and History. The university claims that he was dismissed after a decade-long email campaign which included personal attacks on other historians in the department and claims of nepotism. 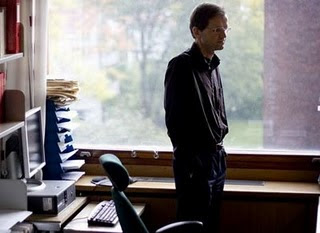 University officials added that Professor Nedkvitne has grossly violated his duties for several years, despite written warnings and reprimands.

Nedkvitne defended his emails and comments, saying that he had to right to protect the research being done by medievalists at the university. "It is almost impossible for us professors to put forward our views," he said. "I am used to academic professors being able to compromise with one another. Today things are more authoritarian, it is individuals who are taking the decisions."

He is now suing the Norwegian government, which funds and oversees all universities in the country. Nedkvitne is being supported by the Union of Norwegian Researchers as well as many other academics who believe his firing is a threat to academic freedom.

The court heard testimony from former rectors, deans, colleagues, doctoral candidates and students. Many defended Nedkvitne's rights to freedom of speech as a basic principle in academia.

The most bizarre piece of information was presented by a previous pro-rector, Professor Haakon Breien Benestad, who had himself been involved in mediation. Benestad then received a letter from his superior, the rector, stating that if he did not keep out of the conflict, he would risk losing his own position.

"Does that mean he would have had you sacked?" the defence lawyer asked. "Yes", was the answer.

A judgement is expected in mid-February.