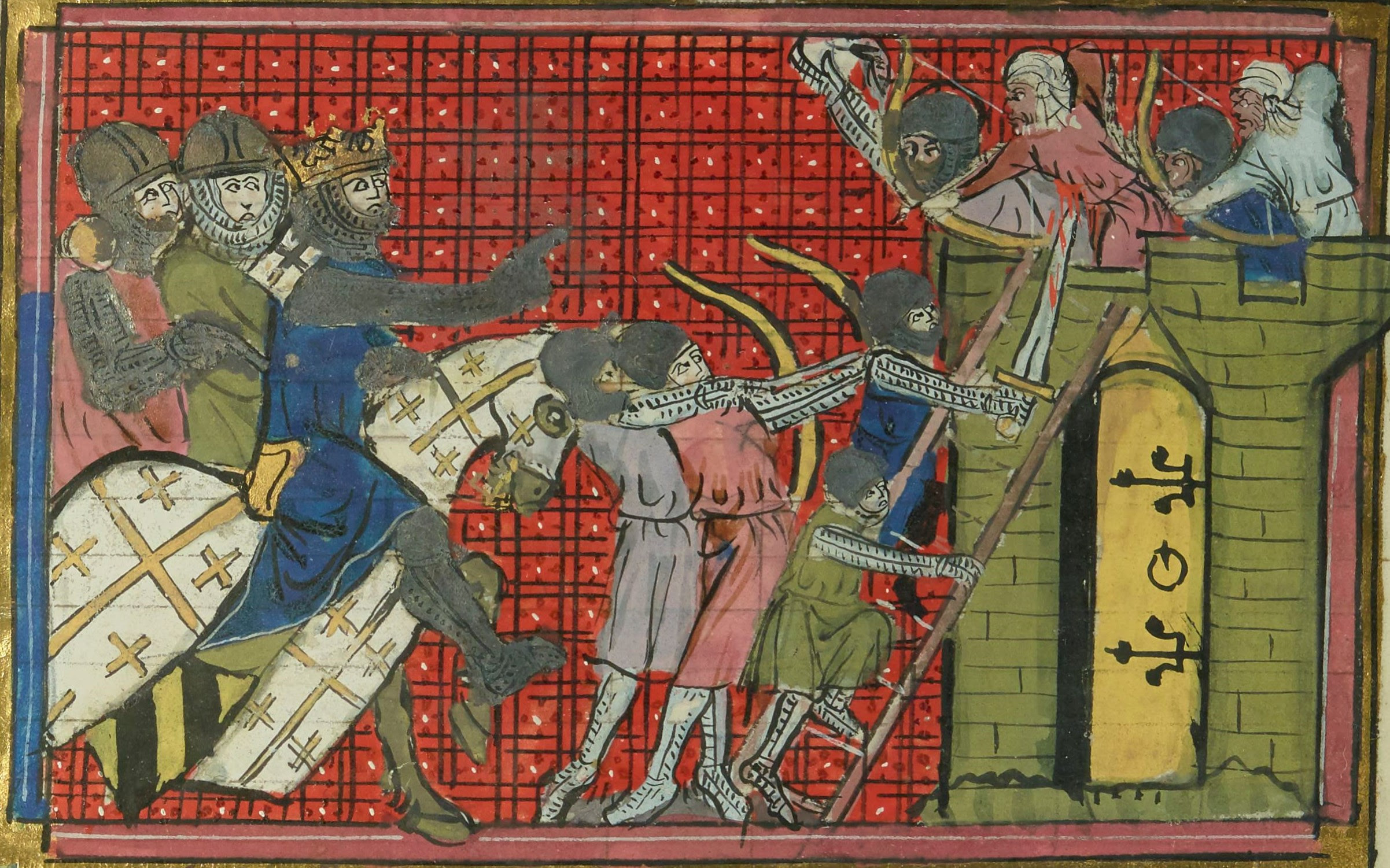 A recent article examines the role of Venice in the First Crusade, offering some interesting new details on the siege of Haifa in 1100 and the motivations of these Crusaders.

The article, "The First Crusade and the Latin east as seen from Venice: the account of the Translatio sancti Nicolai," by Elena Bellemo, appears in the most recent issue of Early Medieval Europe. It is a study of an early 12th-century work, Translatio sancti Nicolai, which Bellemo describes as the "earliest, and only surviving, text describing the Venetian part in the consolidation of the Latin kingdom of Jerusalem."

The text is a hagiographic work that describes how the relics of St.Nicholas are brought to Venice and the miracles that are performed because of it. Only the first third of the text deals with the First Crusade.

Historians have noted that the Venetians were late arrivals to the First Crusade, only arriving in the Holy Land in 1100. Unlike other Italian city-states, such as Genoa and Pisa, the Venetians were cautious in entering this military campaign, as they had significant trading relationships with both the Byzantine empire and Muslim states, which they did not want to jeopardize.

The article describes how a Venetian fleet of about thirty ships sails towards the Eastern Mediterranean. Near Rhodes, they encounter a fleet of Pisan ships, whom they battle, with the Venetians being victorious. The anonymous writer of the Translatio sancti Nicolai adds that the Venetians have been for "a long time more versed in naval warfare than any other people and they are naturally accustomed to winning on every occasion."

The account goes on to describe events in the Holy Land, most notably the siege of the port city of Haifa in July 1100. Bellemo writes that the text "describes some of the clashes at Haifa’s seafront, explaining the Muslims’ manoeuvres with precision, and describing how one night they hooked a Venetian ship uncis ferreis and sunk it. The Muslim resistance was fierce and, according to the Translatio, the true turning point of the siege was the construction by the Venetians of a powerful tower, taller than any of the city’s towers."

The city of Haifa was captured and many of its residents massacred. The only other account of this siege in any detail comes from Albert of Aachen. His version is markedly different from that found in the Translatio sancti Nicolai, and Bellemo makes further comment about this.

According to Bellemo, the Translatio sancti Nicolai also offers some unique insights into the motivations of the Venetian crusaders. She writes, "The hagiographer sees the crusade as the supreme assertion of faith and as the perfect enactment of the teachings of the Gospel. Through their crusader vows, the Venetians fulfil Jesus’s call to take up the cross and follow him. Indeed, there is no better way to achieve the imitatio Christi than deciding to take up the cross and free the holy places where Christ himself had redeemed humanity. This struggle for the faith frees the Venetians from human motivation and converts them into instruments of divine will."

Bellemo concludes, "the Translatio sancti Nicolai is a remarkable source for the study of the crusade. It contains information on various events and news of commercial concessions of which no other record exists and, first and foremost, it is the sole surviving text written in Venice which describes the early support given by local forces to the First Crusade. It is the only remaining account of Venice’s first impressions of the crusader movement and the Latin presence in the east, two phenomena in which this city was destined to play a crucial role."

The article, "The First Crusade and the Latin east as seen from Venice: the account of the Translatio sancti Nicolai," by Elena Bellemo, can be found in Volume 17, Number 4 of Early Medieval Europe (2009).