A conference to announce the true location of England’s most famous lost battlefield will be held on Saturday 20th February 2010 at County Hall, near Leicester.

A panel of leading experts in battlefield archaeology and military history, introduced by Professor Richard Holmes, will discuss the results of the major new archaeological evidence that proves where the battle was fought. 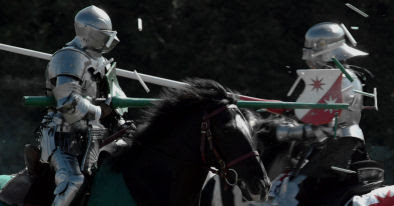 The battlefield was discovered following a four-year survey commissioned by Leicestershire County Council, largely funded by The Heritage Lottery Fund, and led by Dr. Glenn Foard of the Battlefields Trust.

Dr. Glenn Foard will explain the methods used to locate the battlefield, what the evidence tells us about where and how the battle was fought, and the implications of this for future study of medieval warfare.

Dr Foard, Director of the Bosworth Survey adds: "The success at Bosworth is a vindication of the evolving techniques of battlefield archaeology and shows its potential to resolve important long standing problems in military history."

David Sprason, County Council Cabinet Lead Member for Communities and Wellbeing said: "Bosworth is one of the most important battles in our country’s history, so the Council is incredibly proud to have pursued funding from the Heritage Lottery Fund to discover new evidence about how and where the battle took place. The conference announcements will add a new chapter to the history books of tomorrow and we look forward to interpreting the new results at the award-winning heritage centre."

Des Gallagher, acting Head of Heritage Lottery Fund East Midlands, said: "Through the use of cutting edge archaeological techniques, Glenn Foard’s team have been able to locate the scene of one of England’s most famous battles. At the Heritage Lottery Fund we want to support innovative projects that can help more people learn about our history. The discovery of Bosworth Battlefield, and the huge interest it has created, will provide inspiration for new generations to get involved in exploring their heritage and history."

Tickets are on sale now for the conference and can be purchased from Bosworth Battlefield on 01455 290 429. Advanced tickets (bought up to January 31st) cost £40.00, including buffet lunch, refreshments and parking.

More information on the latest archaeology and on the February Conference can be found at http://www.bosworthbattlefield.com/

Click here to see our earlier article: Site of the Battle of Bosworth Discovered.