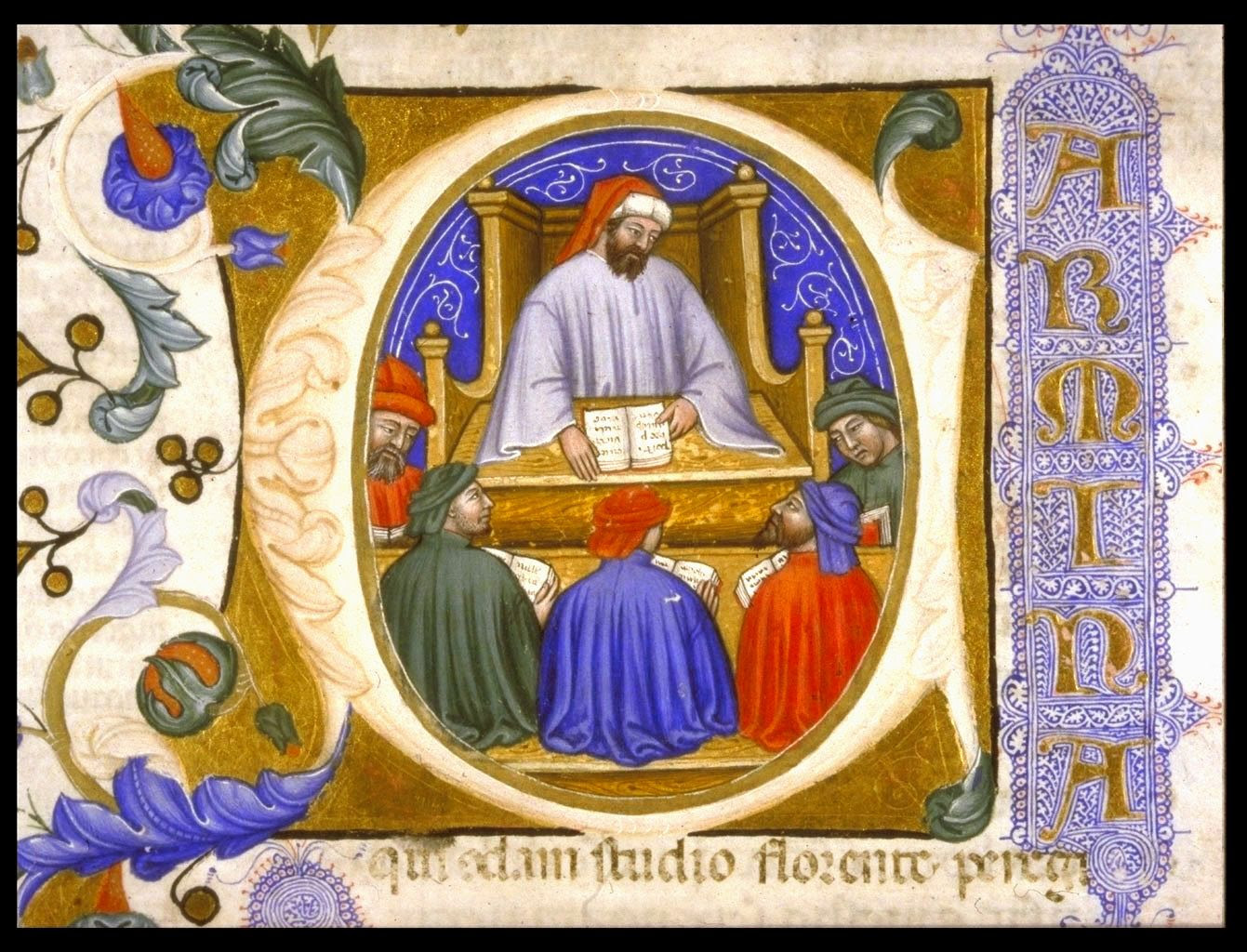 Medieval French specialist Dr Keith Atkinson is in the process of editing the fourth in a series of Latin to French translations from the medieval period.

This information would be buried and forgotten without the expertise of a small community of global specialists who have the knowledge required for the task.

Dr Atkinson began his work in the 1970s, editing manuscripts from Northern France of a particular philosophical piece. He said the Latin source text was a reflective treatise called The Consolation of Philosophy, written by the Roman philosopher and Senator, Boethius.

The editing process involves transcribing and punctuating texts hand-written on parchment. The manuscripts date from the 13th and 14th centuries and the language structures and vocabulary are quite different from those of modern French.

“In 525 AD, Boethius was arrested and accused of treason by the Ostrogothic King Theodoric of Italy,” Dr Atkinson said.

“He was placed under house arrest in Pavia and during his time of imprisonment, wrote the treatise that later became one of the most influential texts in European thought for the next thousand years,” he said.

“In the piece Boethius presents his argument as an extended dialogue between himself and the figure of Philosophy where he reflects on the vicissitudes of Fortune and the inadequacy of five primary goals which humans seem to set for achieving happiness: wealth, worldly honours, power, fame and pleasure.”

From the eighth to 16th centuries this Latin Consolation of Philosophy was translated into most Western European languages. Even Queen Elizabeth I of England translated a copy.

During this period before the invention of printing, manuscripts were written and copied in various regions of Europe, resulting in different versions and translations, depending on the dialect of the village or area in which they were scripted.

Dr Atkinson's work focuses on those written in Northern France where the greatest number of different translations of Boethius' work was produced (14 in all). The translations date from a partial Anglo-Norman verse version of the 12th century to Northern French prose and verse translations in the 15th century.

“Working in a manuscript culture is so very different from working in a culture where print is the accepted norm,” Dr Atkinson said.

“The variations that exist between one hand-written copy and another presents its own particular challenges, requiring often some detailed detective work.

“There is an array of tasks involved in editing a medieval manuscript.

"It is these supplementary tasks which make the undertaking so worthwhile, for they bring to our attention, like an archaeologist searching through remnant bricks and mortar, layers of hidden riches about the language and culture of our past.

“I hope to bring this work to completion within the next two years, and there is an expression of interest in publishing it in a prestigious French series known as the publications of the Société des anciens texts français [the Society of Old French Texts]."

Dr Atkinson is an Honorary Research Consultant at UQ's School of Languages and Comparative Cultural Studies.

The School teaches eight different languages and Linguistics, but also the culture and history in which those languages are spoken.