Seven Ages of Britain series to begin on BBC

David Dimbleby charts a landmark history of Britain's greatest art and artefacts over 2,000 years, in Seven Ages Of Britain. The seven-part series of 60-minute programmes, shot in HD, begins at 9.00pm on Sunday 31 January 2010.

Produced in partnership with The Open University, Seven Ages of Britain looks at our extraordinary past through the Arts - both as treasures that have often played a decisive part in events and as marvels of their age. 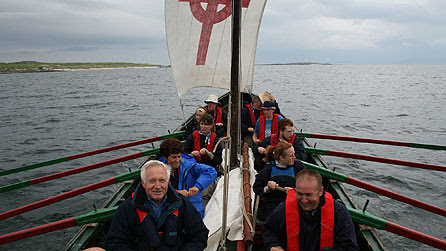 From painted images and monuments of stone and gold to religious relics, weapons of war, instruments of science and works of art; often they are artefacts of great beauty and craftsmanship, but sometimes they are simple, everyday things which have a powerful story to tell.

Over the seven one hour programmes, David roams far and wide - including Italy, Germany, Turkey, India and America - tracking down astonishing artefacts that both encapsulate events or originate from the UK, and yet ended up leaving our shores.

Jay Hunt Controller of BBC One said: "The Seven Ages of Britain is a hugely ambitious arts series for BBC One. David brings the subject matter alive with journalistic endeavour and a twinkle in his eye."

In Britain or abroad, The Seven Ages of Britain is a journey revealing treasures of great beauty and craftsmanship that tell us who we were and are, and pay testament to the great events that formed our nation.

David Dimbleby added: "Seven Ages of Britain has proved an exhilarating quest. The television camera offers a spectacular view of some of our most precious national treasures. It allows us to see them in ways beyond the reach of the human eye as we tell the story of our country’s history over two thousand years through the art we have created in good times and bad."

Dr Rachel Gibbons, Academic Consultant for The Open University, commented: “Seven Ages of Britain is our social and cultural history, telling the story of the nation and its peoples through art and artefacts, through the precious treasures and the everyday objects created in Britain. Each of these objects and artefacts is evidence of the society in which it was produced. They all have value to historians for what they can tell us about our ancestors and how we, as a society, have become who we are now.”

The first two programmes focus on the Middle Ages:

Programme 1: Age Of Conquest (AD 43-1066) - For a thousand years, from Emperor Claudius to William the Conqueror, the British Isles were defined by invasion, each successive wave bringing something new to the mix. The Romans brought figurative art, the Anglo-Saxons epic poetry, the Normans monumental architecture. David Dimbleby travels throughout Britain and beyond – to France, Italy and Turkey – in search of the greatest creations of the age.

Programme 2: Age Of Worship (1170-1400) - In the Middle Ages, Britain was caught in a power struggle between the Crown and the Church. The two were reconciled in the code of chivalry which ordered devotion to one's king as well as God: a story revealed in the fabulous objects left in Britain's cathedrals and castles, or safeguarded in museums. David Dimbleby also re-assesses the reign of Richard II, arguing that under his rule England experienced a superb cultural renaissance, and travels to Munich in search of Britain's only preserved medieval crown.