Leonardo da Vinci’s ground-breaking studies of the human body and anatomy are to go on display this week in London, England. The exhibition, which takes place almost 500 years after his death, will feature 87 pages from Leonardo’s notebooks, including 24 sides of previously unexhibited material. Leonardo da Vinci: Anatomist opens at The Queen’s Gallery, Buckingham Palace, on Friday, 4 May. 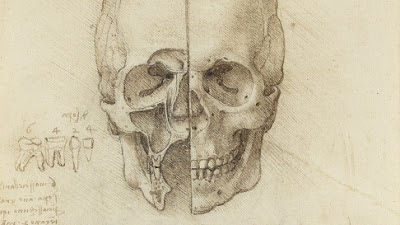 Although Leonardo is recognised as one of the greatest artists of the Renaissance, he was also one of the most original and perceptive anatomists of all time. The exhibition tells the story of his greatest challenge as he embarked upon a campaign of dissection in hospitals and medical schools to investigate bones, muscles, vessels and organs. Had Leonardo’s studies been published, they would have formed the most influential work on the human body ever produced. Some of his findings were not to be repeated for hundreds of years.

See also Is Leonardo da Vinci a great artist or a great scientist?