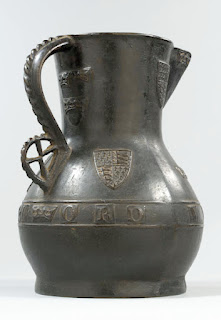 A rare bronze Medieval jug, Chinese treasures and items that once belonged to Admiral Lord Nelson have all been stolen from museums in England this year. But while the theft of ancient artefacts in Greece has been blamed on austerity measures and the recession, could the financial climate be a factor behind recent crimes in the UK?

Cuts to local authority finances have already resulted in museums across the country having their budgets slashed. Last year the Museums Association reported 73% of museums that had seen their budgets cut had reduced staffing levels.

The report's authors interviewed staff representing 140 museum services and found many were worried about the future impact on visitors. But are the cuts already having an effect?