How to build a better trebuchet 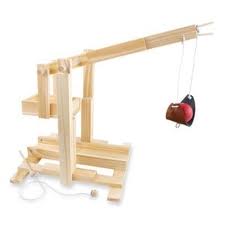 The assignment was to build a trebuchet, a kind of medieval catapult, and bomb the cardboard castle with marshmallows.

But before the teams of students were allowed to start tinkering with their materials – bits of jinx wood, string and glue – they had to brainstorm 50 ideas in 20 minutes about how to do it.


This problem-solving technique, which was developed at one of Canada’s most competitive business schools, is being introduced for the first time to students in kindergarten through Grade 8 at Ledbury Park Elementary and Middle School in North York. Five Toronto private schools, including Branksome Hall and Upper Canada College, began integrating the Rotman School of Management’s I-Think program into secondary and middle-school classes in recent years, but the Toronto District School Board is the first to integrate it at the elementary level.

It made for better trebuchets in Brent Charpentier’s Grade 8 classroom. One had perfect accuracy, and another launched a marshmallow 7.65 metres.


Click here to read more about making trebuchets in the classroom