Book Review: The First Crusade: The Call From the East, by Peter Frankopan 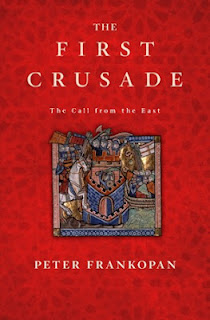 “Deus vult!” — God wills it! — was the battle cry of the First Crusade, in which armies of Europe, at the very end of the 11th century, marched off to liberate the holy city of Jerusalem and conquer the infidel Turks, who were then sweeping all before them in Asia Minor.

Whatever God’s actual intentions in the matter, and He is known to move in mysterious ways, His representatives on earth, Pope Urban II in Rome and the Emperor Alexios in Constantinople, quite clearly fostered this great martial enterprise for political purposes of their own. The emperor, assailed by enemies on his frontiers and by rivals within his family, was desperate for military aid, just as the pope was comparably eager for a galvanizing cause that would confirm his primacy as the leader of the Christian world.