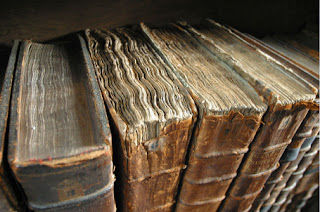 A leading historian has begged Cardinal Keith O'Brien to reconsider "frankly appalling" plans to relocate two priceless collections of manuscripts, books and letters from the archives of the Catholic Church in Scotland.

The collections, which are of international significance, are to be relocated to Aberdeen University from their current locations in Edinburgh. Archbishop Mario Conti, president of the Heritage Commission of the Bishops' Conference of Scotland, said the decision would preserve the integrity of the collections, while making them available to scholars, students and researchers in a safe location.

But Dr Jenny Wormald, chairwoman of the Society for Scottish Medieval and Renaissance Studies and an honorary fellow in history at Edinburgh University, said the scholarly world would be "irrevocably impoverished" by the decision.

Ms Wormald said no serious academic case for the proposal had been presented and it was "quite impossible to overstate the society's horror" at the plan. In a letter to Cardinal O'Brien, Britain's most senior Catholic, she said: "The idea of dividing the archives up and sending them off to two quite different parts of the country, is frankly appalling. The scholarly world would be irrevocably impoverished."

The row centres on plans to move the main historical archive, which includes papers dating back to the 12th century as well as letters from Mary Queen of Scots, from Columba House, in Edinburgh, where the Scottish Catholic Archive is located.

Click here to read this article from the Herald Scotland