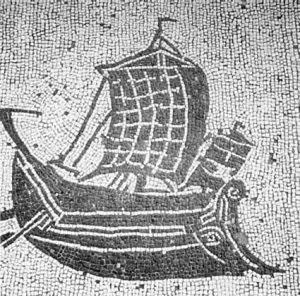 Evidence of ancient smuggling activity has emerged from a Roman shipwreck, according to Italian archaeologists who have investigated the vessel's cargo.

Dating to the third century AD, the large sunken ship was fully recovered six months ago at a depth of 7 feet near the shore of Marausa Lido, a beach resort near Trapani.

The unique tiles were apparently valuable enough for sailors to smuggle them from North Africa to Rome, where they sold for higher prices.