Teen finds something wrong with Byzantine map at The Met 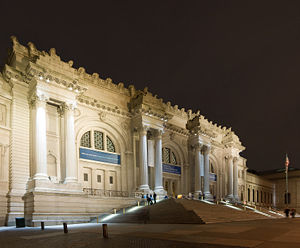 A Connecticut seventh-grader says workers at the Metropolitan Museum of Art in New York City didn't believe him when he pointed out an inaccuracy with a map that was on exhibit.

The map purported to show the Byzantine Empire at its largest size in the 6th century, but he noticed that Spain and part of Africa were missing from the depiction. Benjamin Lerman Coady knew he was right, because he had just studied the empire in school before last summer's trip to the museum with his mother.

He was told to fill out a form. "The front desk didn't believe me," Benjamin told The Hartford Courant. "I'm only a kid."

The 13-year-old West Hartford resident filled out the form and never expected a response, but a museum official wrote him in September saying his comments were under review. Then came an email in January from Helen Evans, the museum's curator for Byzantine art.

Click here to read this article from the Seattle Times