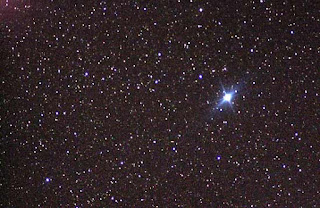 A statistical analysis of a 3000-year old calendar reveals that astronomers in ancient Egyptian must have known the period of the eclipsing binary Algol.

The Ancient Egyptians were meticulous astronomers and recorded the passage of the heavens in extraordinary detail. The goal was to mark the passage of time and  to understand the will of the Gods who kept the celestial machinery at work.

Egyptian astronomers used what they learnt to make predictions about the future. They drew these up in the form of calendars showing lucky and unlucky days.

The predictions were amazingly precise. Each day was divided into three or more segments, each of which was given a rating lying somewhere in the range from very favourable to highly adverse.

One of the best preserved of these papyrus documents is called the Cairo Calendar. Although the papyrus is badly damaged in places, scholars have been able to extract a complete list of ratings for days throughout an entire year somewhere around 1200 BC.

Click here to read this article from Technology Review