Clothes in the early Iron Age were not grey and dull, as previously assumed. They were colourful and patterned.

This new discovery comes as a result of new analyses of 180 textile samples from 26 different bog finds, carried out by Ulla Mannering, a senior researcher and archaeologist at the Danish National Research Foundation’s Centre for Textile Research at the National Museum. 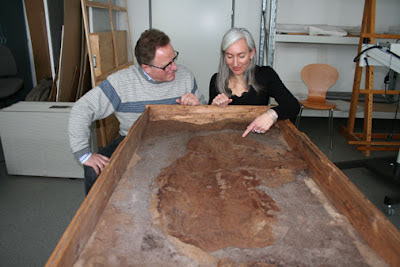 “The beginning of the Iron Age sparked a revolution in fashion in which clothes became coloured and patterned,” she says.

The conventional theory has so far been that colourful textiles only emerged in the centuries after the birth of Christ.


“But our analyses show – quite surprisingly – that colour and pattern came into fashion in the earliest part of the Iron Age. That’s 500 years earlier than previously thought.”

The new analyses also show that the bodies, buried in an ancient sacrificial bog, from which the textiles were taken are older than previously thought. Most of them date back to the centuries leading up to Christ’s birth, which makes them more than 2,000 years old.