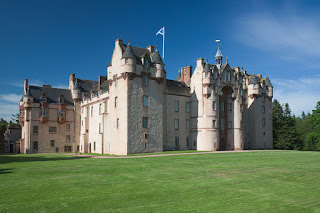 Archaeologists have unearthed a surprising discovery on the grounds of an Aberdeenshire castle.

Experts excavating at Fyvie Castle, near Turriff, expected to uncover a 400-year-old garden.

Instead they have discovered what they believe to be an 800-year-old defence system which they say teaches them a lot more about the castle's history.

Archaeologist Alison Cameron said: "Initially when I was digging down one of these post holes I found a huge piece of 13th century pottery which I knew hadn't been moved around a lot, so I was thinking there was probably some structure underneath."