Outrage over plan to dump rubbish at Hadrian's villa

Emperor Hadrian, the famously cultured Hellophile, is probably spinning in his tomb by the banks of the Tiber.

If the current state of his beloved Greece weren't enough, his celebrated Tivoli villa complex, a World Heritage site, is about to suffer the indignity of having Europe's biggest rubbish dump arrive next door. 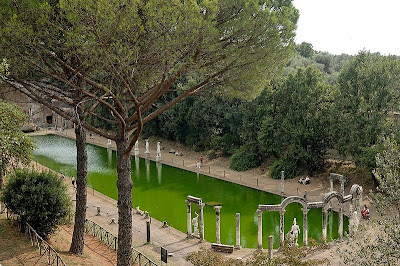 Unesco says the second century Villa Adriana, 15 miles east of Rome, "uniquely brings together the highest expressions of the material cultures of the ancient Mediterranean world".

But that hasn't prevented years of neglect and degradation, which have prompted comparisons with the crumbling state of the Pompeii site 130 miles to the south. Now, with Rome's main dump at full capacity, local authorities are planning to use the site at Corcolle, 700 metres from Villa Adriana, to take the overflow – infuriating heritage and environmental campaigners. A "Save Hadrian's Villa" petition has already gathered more than 6,000 signatures from historians and archaeologists.