'World's Oldest Temple' May Have Been Cosmopolitan Center 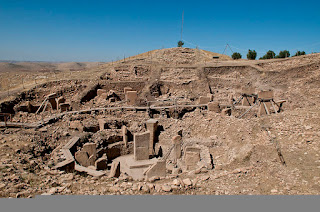 Ancient blades made of volcanic rock that were discovered at what may be the world's oldest temple suggest that the site in Turkey was the hub of a pilgrimage  that attracted a cosmopolitan group of people some 11,000 years ago.

The researchers matched up about 130 of the blades, which would have been used as tools, with their source volcanoes, finding people would have come from far and wide to congregate at the ancient temple site, Göbekli Tepe, in southern Turkey. The blades are made of obsidian, a volcanic glass rich with silica, which forms when lava cools quickly.

The research was presented in February at the 7th International Conference on the Chipped and Ground Stone Industries of the Pre-Pottery Neolithic in Barcelona, Spain.